Punishing Prostitution Clients Is Not a Feminist Solution

Conceptually the "Nordic Model"-which criminalizes the buying rather than the selling of sexual services-strips women of agency and autonomy. 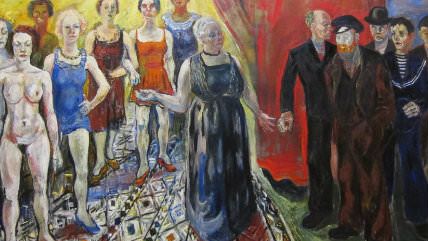 This story originally appeared at The Weekly Wonk on July 17, 2014.

Prostitution is known as the "world's oldest profession," and whether it should be criminalized–or not–is one of the oldest debates among social reformers. Today, a growing consensus around the world claims the sex trade perpetuates male violence against women, and so customers should be held as criminals. On the contrary, it's decriminalizing prostitution that could make women—in and outside the sex industry—safer.

This modern debate has roots in Victorian England, which branded prostitutes as wicked, depraved, and a public nuisance. Yet a shift in social thought throughout the era introduced the prostitute as a victim, often lured or forced into sexual slavery by immoral men.

Today, we're seeing a global shift in prostitution attitudes that looks startlingly like the one in Victorian England. Many areas have adopted or are considering what's known as the "Swedish" or "Nordic Model," which criminalizes the buying, rather than the selling, of sexual services (because, as the logic goes, purchasing sex is a form of male violence against women, thus only customers should be held accountable). In this nouveau -Victorian view, "sexual slavery" has become "sex trafficking," and it's common to see media referring to brothel owners, pimps, and madams as "sex traffickers" even when those working for them do so willingly.

The Swedish model (also adopted by Iceland and Norway and under consideration in France, Canada, and the UK) may seem like a step in the right direction—a progressive step, a feminist step. But it's not. Conceptually, the system strips women of agency and autonomy. Under the Swedish model, men "are defined as morally superior to the woman," notes author and former sex worker Maggie McNeill in an essay for the Cato Institute. "He is criminally culpable for his decisions, but she is not." Adult women are legally unable to give consent, "just as an adolescent girl is in the crime of statutory rape."

From a practical standpoint, criminalizing clients is just the flip side of the same old coin. It still focuses law enforcement efforts and siphons tax dollars toward fighting the sex trade. It still means arresting, fining, and jailing people over consensual sex. If we really want to try something new—and something that has a real chance at decreasing violence against women—we should decriminalize prostitution altogether.

How would this work, exactly? "Decriminalizing" may sound like a less radical step than "legalization," but it's actually quite the opposite. Decriminalization means the removal of all statutory penalties for prostitution and things related to its facilitation, such as advertising. It does not mean there are no municipal codes about how a sex-work business can be run or that general codes about public behavior do not apply, explains Mistress Matisse, a dominatrix, writer, and prominent sex-worker rights advocate. Legalization, on the other hand, is a stricter regime, wherein the state doesn't prosecute prostitution per se but takes a heavy-handed approach to its regulation. "This is how it works in Nevada, for example, where legal brothels exist, but one may not just be an independent sex worker," says Matisse. Under both schemes, forcing someone into prostitution (aka sex trafficking) and being involved in the sale or purchase of sex from a minor would obviously remain a crime.

But other crimes supposedly associated with the sex trade could be reduced if prostitution were decriminalized. Research has shown incidences of rape to decrease with the availability of prostitution. One recent study of data from Rhode Island—where indoor prostitution was legal in 2003-2009—found the state's rape rate declined significantly over this period, especially in urban areas. (The gonorrhea rate also went down.) "Decriminalization could have potentially large social benefits for the population at large–not just sex market participants," wrote economists Scott Cunningham and Manisha Shah in a working paper about their research.

In New Zealand, street prostitution, escort services, pimping, and brothels were decriminalized in 2003, and so far sex workers and the New Zealand government have raved about the arrangement. A government review in 2008 found the overall number of sex workers had not gone up since prostitution became legal, nor had instances of illegal sex-trafficking. The most significant change was sex workers enjoying safer and better working conditions. Researchers also found high levels of condom use and a very low rate of HIV among New Zealand sex workers.

The bottom line on decriminalization is that it is a means of harm reduction.

Keeping prostitution illegal is done in the name of women, yet it only perpetuates violence against them while expanding the reach of the carceral state.  Decriminalization would end the punitive system wherein sex workers—a disproportionately female, minority, and transgender group—are being separated from their families, thrown in jail, and saddled with court costs and criminal records over blow-jobs. It would also allow them to take more measures of precaution (like organizing in brothels) and give them access to the legal protections available other workers (like being able to go to the police when they've been wronged). Yet for Swedish Model advocates, only the total eradication of the sex trade will "save" women from the violence and exploitation associated with it.

Certainly some in the sex trade–like minors, for example–are exploited, abused, and forced into prostitution, while others aren't literally trafficked but feel trapped in the industry by economic necessity. These are the people who should receive attention, and resources, from social reformers. And there would be a lot more resources to devote if we left consenting adults to exchange money for sex in peace.