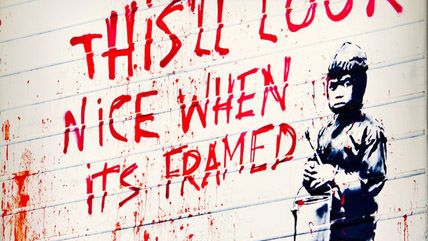 When allegations emerged this weekend that the United States had a spy in Germany's intelligence agency, one German politician declared it to be "one of the worst intelligence scandals in Germany in recent decades." Well, it may be getting worse. Reports today suggest that another spy may have been discovered.

German authorities are investigating the second case of a government employee suspected of spying on confidential government affairs for US secret services within a week.

Public prosecutors confirmed that the home and office of a defense ministry employee in the greater Berlin area had been searched on Wednesday morning.

They told The Guardian that a search had been conducted "under suspicion of secret agent activity" and that evidence – including computers and several data storage devices – had been seized for analysis. The federal prosecutor's office confirmed that no arrest had yet been made.

This "suspect was [allegedly] a Bundeswehr soldier suspected of passing information to United States military intelligence," according to The New York Times.

So far, no arrest has been made.

If the investigation does confirm Berlin's suspicions, tensions with Washington will almost certainly escalate. Following the previous spy revelation, many German officials were outraged; Interior Minister Thomas de Maiziere suggested that his country should spy on the U.S. in return.

For more Reason coverage of the spying scandal, click here.