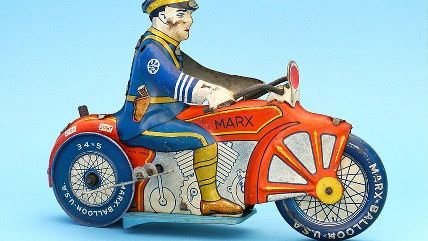 The city of Chicago has spent $521.3 million settling and otherwise resolving police-related lawsuits since 2004, according to a new report by the Chicago-based investigative journalism nonprofit Better Government Association (BGA). And that figure is conservative: According to the BGA, the half-billion dollar price tag doesn't include "less tangible expenses," like insurance premiums, investigations, and false incarcerations.

In the last four years, 1,611 lawsuits were filed against the Chicago police, mostly over excessive force allegations. According to the BGA, the city is currently working through nearly 500 pending lawsuits.

The city was originally projected to spend "just" $27 million on police lawsuits in 2013. But the Chicago City Council voted on payouts exceeding that amount on a single day in January. In February, the city settled over the shooting of unarmed Flint Farmer by Chicago police officer Gildardo Sierra in 2011 for $4 million. It was Sierra's third shooting in six months.

Meanwhile, the city's cops are still being offered raises. Last February, after the city had already spent more than $30 million cleaning up the department's messes, the local Fraternal Order of Police (FOP) demanded a 12 percent pay raise and a $3,000 bonus for being required to live in Chicago. In November the city offered police a 5 percent raise, which the local union rejected. In December, the local union president was suspended by the state FOP after he alleged that arbitration on previous contracts had been "fixed" in the city's favor.