Matthew Feeney | From the May 2014 issue 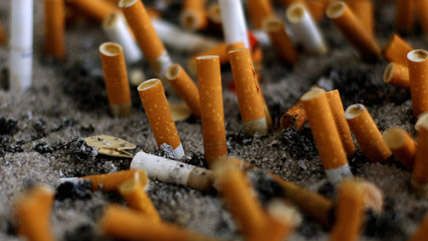 In January, the British House of Lords backed an amendment to the Children and Families Bill that would empower ministers to make it illegal in England to smoke in a car with a child inside. In February, the House of Commons approved the amendment, clearing the way for the ban to be implemented.

The amendment is only the latest example of British legislators' nannying tendencies when it comes to tobacco. In 2007, bans on smoking in enclosed public spaces and work environments were implemented in England, Wales, and Northern Ireland. The British government is also considering following Australia's lead and requiring plain packaging for cigarettes. Proponents of the idea say it's for the safety of underage passengers.

The amendment was backed by the British Labour Party, which had promised to make the provision part of its manifesto if the measure did not pass. Conservative Party members were divided on the measure, with Prime Minister David Cameron backing the provision, and Leader of the Liberal Democrats and Deputy Prime Minister Nick Clegg arguing that the rule would "subcontract responsible parenting to the state."