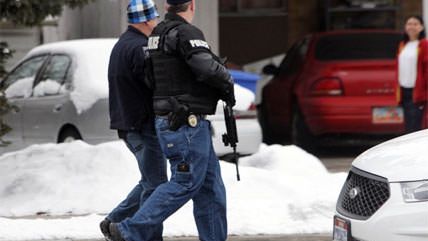 Two University of Utah students are angry that police entered their apartment in Midvale one night, pulling them out of bed, handcuffing them and interrogating them. Cops say they had a right to enter the apartment without a warrant and check it out because someone reported the door was open and no one answered when they announced themselves. The students say the door is broken and they were waiting to get it fixed and they never heard the police until they were inside the apartment.