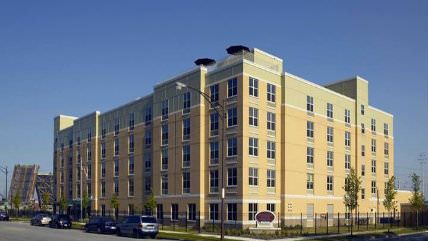 The events leading up to John Wrana's death read more like the treatment for a zany cop comedy than the makings of a real life tragedy. Cook County, Illinois, police were called to Wrana's nursing home last year when the 95-year-old World War II veteran resisted being taken to the hospital. When then cops arrived, Wrana was brandishing his cane and a shoehorn as weapons.

That's when things turned surreal and tragic. Wrana picked up a kitchen knife, which officers ordered him to put down. Any reasonable person would know better than to use much physical force on an extremely elderly man defending himself with a shoehorn and a kitchen knife. But Officer Craig Taylor—who later said he thought the shoehorn was a machete—responded by shocking Wrana with a stun gun and pelting him with five rounds of bean bags fired from a shotgun.

Taylor's totally unreasonable and inappropriate use of force caused Wrana internal bleeding, from which he later died.

Prosecutors said Taylor fired the beanbag rounds from somewhere between six and eight feet away, when the proper distance is 15 feet away at minimum. He also refused to allow nursing home staff to help, according to Wrana's family's attorney.

"Given the other viable options to resolve the matter and the number of shots fired at this senior citizen at close range in rapid succession, we believe this officer's conduct to be reckless," Cook County State Attorney Anita Alvarez said in a statement.

Taylor was charged this morning with one count of reckless conduct, a Class 4 felony which would yield a maximum of three years in prison.