Florida City Threatens Woman For Living Off the Grid 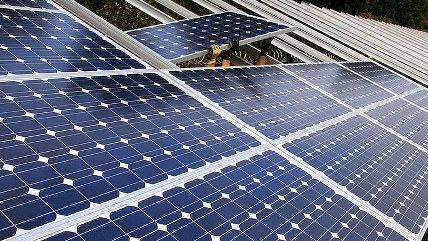 By all accounts, Robin Speronis is engaged in a successful experiment in "living off the grid" in Cape Coral, Florida. The 54-year-old former real estate agent disconnected from city water and power about a year and a half ago. Now she relies on solar panels, propane lanterns, and collected rain water in her duplex and seems quite happy about it. But the city clearly is not. Officials tried to boot her from her home, and have now given her until the end of March to reconnect to the grid. A special magistrate who tossed many of the charges and admits that reasonableness may not play a role in the rules says she will ultimately have to comply. Speronis is standing firm.

According to Cristela Guerra of the Cape Coral News Press:

It took several hours to review the litany of alleged code enforcement violations. It was noted some seemed redundant, while other violations were not addressed as a result of issues with due process. [Special Magistrate Harold S.] Eskin had concerns that Speronis had not received proper notice. He found her not guilty on those issues but said he would be open to considering new evidence.

He found her guilty of the section which dealt with the water system and maintenance. Alternative means of power are possible but need to be approved by city officials, according to Paul Dickson, the city building official. When it comes to water, the options included installing a potentially more complicated and expensive system that would filter rain water through the pipes while maintaining temperatures and pressure. Speronis also uses the city sewer system for drainage. There are liens on the home to collect those fees.

Daniel Jennings of Off the Grid News notes that "Speronis has been fighting the city of Cape Coral since November when a code enforcement officer tried to evict her from her home for living without utilities. The city contends that Speronis violated the International Property Maintenance Code by relying on rain water instead of the city water system and solar panels instead of the electric grid."

The specific code on which they "got" Speronis is clearly designed to discourage well use within city limits. The code states, "Where an existing, adequate municipal water system is available in a public right-of-way or easement abutting the property, or within 200 feet of the property being served by a well system, connections shall be made so that the well shall no longer be used for human consumption."

But Speronis's water doesn't come from a well—it falls from the sky. Nevermind. As Eskin noted, "Reasonableness and code requirements don't always go hand-in-hand." He recommended review and revision of the ordinances, but insisted he had to find against Speronis "whether I want to or not."

City officials concede the code doesn't require anybody to use the hook-up to the water system, but they have to connect, just because.

"You may have to hook-up, but you don't have to use it. Well, what's the point?" notes Speronis, who says she'll keep fighting.

The entire point seems to be to discourage an interesting lifestyle that's independent of city systems.

This isn't just a local problem. Jennings notes that Cape Coral's code is based on the one-size-fits-all International Property Maintenance Code, which is causing hassles in many places. I personally know the owner of a very nice hay bale bed and breakfast in…an undisclosed location…who captures rainwater and quietly uses it to flush toilets and for other quite sensible purposes that aren't permitted by code. Why she's not permitted to capture and use rainwater in a drought-stricken region is anybody's guess.

Though, as noted above, "Reasonableness and code requirements don't always go hand-in-hand."

Restrictive, mindless, rules like those with which Speronis is threatened are a menace to both independence and innovation. But that's how government officials roll.