Solitary Confinement and Its Costs

Our correctional institutions have made ever-increasing use of solitary confinement, a policy that is damaging and potentially catastrophic. 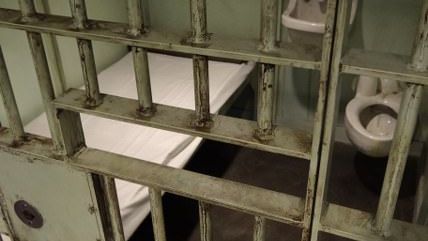 After journalist Terry Anderson was taken hostage by a terrorist group in Lebanon in 1985, he spent much of six years in tiny cells completely by himself. Trapped in solitude, he found his mind inexorably breaking down.

"Where are all the things I learned, the books I read, the poems I memorized?" he asked himself. "There's nothing there, just a formless, gray-black misery. My mind's gone dead."

At times he was put with other captives, which he found far preferable. But in 1986, he was returned to solitary confinement, and soon he hit the end of his rope. He began smashing his head into the wall, over and over, until his jailers stopped him. Even after his release from captivity, he told The New Yorker magazine, he felt himself enveloped in a mental fog.

For many American prison inmates, detention in a tiny space with minimal human contact is routine and unending. They may spend 22 or 23 hours a day in a cell measuring six feet by eight feet. When they are let out for exercise, they may also be alone. Like Anderson, they may descend into despair or madness.

In recent decades, our correctional institutions have made ever-increasing use of solitary confinement. By 2005, more than 80,000 prisoners were held this way. The total exceeds that of any other country in the democratic world.

But the tide may be turning. On Wednesday, the New York state government reached a settlement banning the use of extreme isolation for juveniles and limiting it for adults. Other states are reassessing the practice, and Tuesday, U.S. Sen. Dick Durbin, D-Ill., will convene a hearing on it.

This is not the first time Americans have gone through this learning sequence. The use of isolation originated in this country in the early 19th century, with the purpose of spurring criminals to reflect on their misdeeds and repent.

Stuart Grassian, a psychiatrist and former professor at Harvard Medical School, writes that the results were "catastrophic. The incidence of mental disturbances among prisoners so detained, and the severity of such disturbances, was so great that the system fell into disfavor and was ultimately abandoned."

Americans of that era eventually saw that isolating prisoners was not only inhumane but self-defeating, making criminals worse instead of better. Even the Supreme Court, which was not dominated by liberal activists when it addressed the matter in 1890, expressed grave objections.

But less than a century later, all of that was forgotten in a frenzy of tough-on-crime measures, including "supermax" prisons that imposed extreme isolation on the worst offenders—and, in the words of a federal court, skirted "the edge of what is humanly tolerable for those with normal resilience."

Many inmates find the experience beyond the edge of tolerability. The most vulnerable ones "suffer from states of florid psychotic delirium, marked by severe hallucinatory confusion, disorientation … and by intense agitation and paranoia," wrote Grassian in the Washington University Journal of Law and Policy.

Even the strongest individuals, he noted, "will experience a degree of stupor" as well as "obsessional thinking, agitation, irritability, and difficulty tolerating external stimuli." Inmates in solitary, a study found, are seven times more likely to commit suicide than similar prisoners in normal cells. For those who survive, the emotional effects can last for decades.

Politicians may be disinclined to worry about the use of extreme isolation, much less to take action to improve the treatment of criminals. But there are at least two good reasons for the law-abiding citizenry to care.

The first is cost. Housing a prisoner in isolation costs as much as sending him to Harvard—about $60,000 a year, at least double the expense of normal incarceration. This policy is one reason states now spend eight times as much on corrections as they did 30 years ago.

The second reason is that most of these inmates won't be incarcerated forever. The vast majority will be released back into society. Extreme isolation is about the worst possible training for living and working peaceably among others.

That is a problem, and not only for the ex-convict. Every day, someone who was held in solitary confinement and may be suffering from agitation, irritability and difficulty tolerating external stimuli leaves prison. And the external stimuli he can't tolerate could be you.