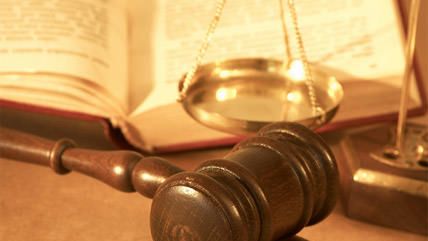 In 2007, Edgar Coker, then 15 years old, was accused of raping a 14-year-old friend. Both are cognitively impaired. Coker pleaded guilty, because his counsel told him it was better than risking harsher charges. He was convicted, added to the Virginia sex offender registry, and sent to juvenile detention. Seventeen months later, he was granted an early release because his accuser admitted to lying about what happened. Nevertheless, Coker remained branded as a violent sex offender. Following years of legal battles, a Virginia court on Monday overturned Coker's conviction and cleared his name from the registry.

"The order resulted from [Stafford Circuit Court Judge Jane] Roush's ruling that court-appointed attorney Denise Rafferty failed to provide effective assistance of counsel," explains The Free Lance-Star. Apparently, Rafferty did not investigate several key issues, like "the existence of a tape-recorded interview of the accuser," "the accuser's reputation for truthfulness," and "the accuser's ability to consent to sexual activity."

Persuading a judge of this Sixth Amendment violation wasn't easy. It took six years of litigation with "a team of half a dozen attorneys, dozens of law students, a pro bono law firm, a legal aid justice center and two clinics at U-Va. law school," according to Matthew Engle, director of the Innocence Project at the University of Virginia.

The "court order will lift the stigma and formal barriers to success associated with being on the sex offender registry, but it's worth remembering that no delete button can erase the hardship and humiliation that Edgar and his family have suffered for almost seven years," said another member of the University of Virginia legal team in a press release.

Coker and his family have suffered regularly from his wrongful conviction. Opposing Views details that, "since his conviction, Coker has had trouble finding good jobs due to the blemish on his record. His family has had to move several times due to protests from neighbors about living near a sex offender. After graduating, he was arrested for attending a football game at his school," because "sex offenders are not allowed on school grounds."