Obamacare Lawlessness Is All Political

When was the last time policy was executed so chaotically? 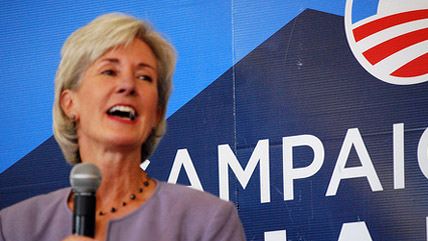 Another Obamacare fiasco? Guess what. We'll rationalize that disaster into something awesome tout de suite. You can't keep your insurance if you like it? Consider yourself lucky. Obamacare disincentivizes work. Be grateful! The Affordable Care Act will cost three times as much as initial estimates? Spending creates jobs. The exchanges have been a disaster? Stop rooting for the president to fail, for goodness' sake.

The Treasury Department just announced it will delay a coverage mandate for companies with 50 to 99 employees for a year. And liberals who grouse about the anarchic tendencies of grass-roots conservatives will be prepared to rationalize why this news is not only unavoidable but great for Americans. It always is.

According to the Congressional Research Service, the Obama administration has probably missed half the deadlines of the Affordable Care Act (ACA). Now, if all this haphazard implementation were only a matter of improving what are onerous and poorly written facets of Obamacare, that would be one thing. A bad thing, yes. But what makes this free-for-all an especially blatant abuse of power is that the delays are enacted almost exclusively for political reasons.

If some of your deep-pocketed cronies visit the White House, delay the law's employer mandate. Why not? If the risible Medicare cuts you concoct to sell ACA to voters by keeping the price tag under a trillion dollars become distasteful to voters leading up to an election, just delay the cuts until you have a more advantageous environment. If caps on out-of-pocket insurance costs haven't panned out as you promised—delay for another year. Small Business Health Options Program? Delay. Employee auto-enrollment? Delay. Pre-existing conditions insurance sign-up? Delay.

The Obama administration is now giving medium-sized employers an extra year—until 2016—before they must offer health insurance to their full-time workers. This directly contradicts the text of the law. Good for those employers; bad for the rule of law.

"By offering an unexpected grace period to businesses with between 50 and 99 employees, administration officials are hoping to defuse another potential controversy involving the 2010 health-care law, which has become central to Republicans' campaign to make political gains in this year's midterm election."

"Trying to limit election-year damage on health care, the Obama administration Monday granted business groups another delay in a much-criticized requirement that larger firms cover their workers or face fines."

Notice that even these outlets must admit that the impetus for delay is a political consideration—"limit election-year damage" and "defuse another potential controversy"—not an effort to craft a more useful law. Normally, when policy is as burdensome and ungainly as the Affordable Care Act has been, an honest person might admit that perhaps something isn't exactly right with the law itself. Not today. A never-ending fount of partisan defensiveness makes it impossible to rethink—much less repeal—any part of Obamacare.

So, question: When was the last time policy was executed as chaotically and with such little regard for the law? I don't want to sound like a troglodyte, but the president, as head of the executive branch of the federal government, is constitutionally obligated to "take Care that the Laws be faithfully executed," not implement laws in an expedient manner or in a more prudent manner or even in a way that he believes is more moral or helpful for people struggling to find affordable health care. That is why we write bills down and debate them prior to passage—or at least it used to be.