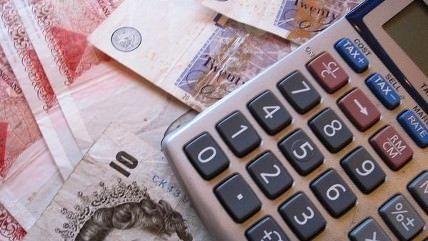 Recent polling from the U.K. highlights a worrying and widespread moral conviction among supporters of the Labour Party.

YouGov asked supporters of the Conservative, Labour, and Liberal Democrat parties as well as supporters of the United Kingdom Independence Party (UKIP) what they thought about raising the top rate of income tax from 45 percent to 50 percent.

With the exception of those who support the Conservatives, most supporters of all the parties back raising the rate of income tax for the wealthy.

YouGov also asked supporters of the same four parties if they would support raising taxes on the wealthy if doing so would not raise money for the government.

As can be seen, just over over half of UKIP and Liberal Democrat supporters and a little over 70 percent of Conservative supporters believe that the top rate of income tax should not be raised to 50 percent if doing so would not increase government revenue.

Shockingly, almost 70 percent of Labour Party supporters believe that it is worth raising the tax rate for the wealthy, even if doing so would not raise more money for the government.

The graph above is among the best illustrations of how the "tax the rich" mentality of many Labour Party supporters has little to do with a desire to grow government revenue and a lot to do with taking money from the wealthy just for the sake of doing so.

Member of the Labour Party and Shadow Chancellor of the Exchequer Ed Balls has said that raising the rate of income tax for the wealthy to 50 percent would be implemented under a Labour government. Balls has denied that pledging to do so is a sign of an "anti-business agenda."

According to research from Oriel Securities, the richest 1 percent of Britons pay almost a third of income taxes.

Watch Labour Party members cast their votes for socialism over capitalism at their most recent conference below: