Peter Suderman | From the February 2014 issue 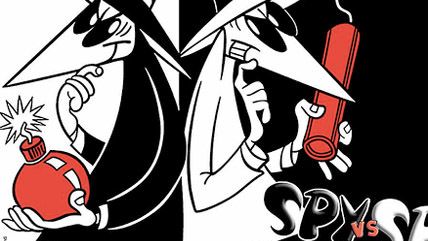 The USA PATRIOT Act, approved by Congress in response to the 9/11 attacks, authorized regulations requiring banks to report transactions larger than a value determined by the Treasury Department. The goal, according to the bill's authors, was to track terrorists' financial activities, much as the Bank Secrecy Act of 1970 allowed the government to catch crooks by perusing bank records.

But as John Berlau explained in "Show Us Your Money" (November 2003), the 1970 law did not generate many arrests. Instead it gave the government easy access to large volumes of personal information, leading to data mining of limited value. Despite this experience, Berlau observed, "Few politicians, even among those who have criticized other parts of the PATRIOT Act, are willing to challenge the proposition that businesses should be deputized to spy on their customers."

Opposition to such surveillance seems to be growing in the wake of recent revelations. Last year leaks by former National Security Agency (NSA) contractor Edward Snowden revealed that many of the Internet's largest service providers had agreed to provide customer data to the NSA. Snowden also revealed the existence of an NSA database that includes information about virtually every telephone call in the United States, including the number called and the date, time, and length of the call.

NSA surveillance goes beyond such "metadata." According to an August report in The Wall Street Journal, the agency monitors roughly three-quarters of all Internet traffic, analyzing and in some cases retaining message content.

Although intelligence officials insist these programs are vital to national security, there are few verified cases where such snooping has thwarted terrorist attacks. That weak defense seems to have emboldened critics.

Rep. Jim Sensenbrenner (R-Wis.), who introduced the PATRIOT Act, complains that the NSA's phone-record database goes beyond what the law authorizes. Last July, Sensenbrenner spoke in favor of an amendment aimed at defunding the mass collection of telephone metadata. The measure, which was introduced by Rep. Justin Amash (R-Mich.), failed by just 12 votes in the House. And in October, Sen. Rand Paul (R-Ky.) introduced a congressional resolution condemning the agency following reports that it had monitored calls made to and from the residence of the pope.