Jerry Brown is All Talk on Teacher-Pension Mess

Talking about a problem is one thing, and using one's political capital to fix it is quite another. 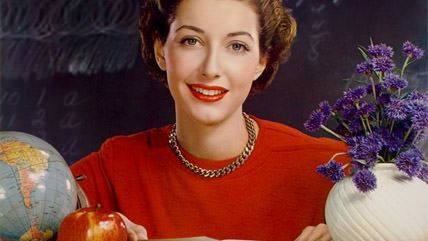 SACRAMENTO — When Gov. Jerry Brown announced his first budget in 2011, a reporter at a Capitol press conference asked about his plans for reforming the state's pension systems which were, and remain, mired in liabilities. Brown assured the audience of his commitment to the issue as he directed them to a Web site with the pertinent details.

The Brown plan—hiking employee contribution levels, creating a hybrid system for new employees combining elements of the current defined-benefit system with 401/k-style components, limiting pension-spiking, and other measures—was applauded by pension reformers. But he didn't move the details from the Internet to a budget, nor help Republicans who proposed a bill that mirrored his ideas.

Pension reform went nowhere until 2012, when the governor and Democratic legislators put together a watered-down reform package that critics saw largely as a political ploy to help encourage voters to pass the Proposition 30 tax measure (You can give us more money because we're serious about reform!). Legislators have since declared the system "reformed" and have gone on to other things.

Given that experience, it's easy to wonder whether Gov. Brown is serious about his recent call to fix a pressing pension issue related to the underfunded California State Teachers' Retirement System (CalSTRS). That system and the larger California Public Employees' Retirement System (CalPERS) have deep debt problems caused by a combination of poor investment returns, increased benefits for retirees and longer lifespans.

CalPERS can pass on its costs to make up for shortfalls. It has been dramatically raising its rates to cities and is expecting to do so yet again soon. This has been crowding out local services as councils have to come up with more cash to backfill the retirement fund. This is even pushing some troubled cities to the brink of bankruptcy, but this is mainly a problem for the locals.

But CalSTRS poses a more direct statewide budget problem. For statutory reasons, the system needs the Legislature to approve any effort to pass on higher costs. It is so underfunded that officials there say it needs another $4.5 billion a year or it will be insolvent in 30 years. The longer the state waits, of course, the more money future Californians will have to pay to make good on past and current retirement promises.

There have been many warning signs. Newspaper editorial boards of various political bents have been urging the governor and Legislature to clean up this mess before adding new programs. Prior to the budget's release, prominent Democratic pension-reformer David Crane published an open lettercomplaining that the state has ignored a CalSTRS problem that has long been known: "Every day of additional delay adds millions of dollars to the next generation's burden."

Just this one long-term debt problem—and there are others, by the way—casts a pall over the happy Sacramento chatter about surpluses and spending proposals. An extra $4.5 billion a year could quickly eat away at the surpluses, which no doubt explains legislators' desire to avoid dealing with this issue for at least another year.

The governor's budget would repay some money the state directly borrowed in past years, but it doesn't pay down any of the long-term unfunded liabilities (pensions, health care, unemployment insurance)—and it only pays lip service to this long-term CalSTRS funding problem that may soon require some short-term cash infusions.

"CalSTRS faces a growing $80.4 billion unfunded liability and is expected to exhaust its assets in approximately 30 years," according to the governor's budget summary. This "could overwhelm other education priorities as well as policy initiatives."

Brown calls for "a new funding strategy" and vows to "begin working with the Legislature, school districts, teachers, and the pension system on a plan of shared responsibility to achieve a fully funded, sustainable teachers' pension system within 30 years."

At his press conference last Thursday, he, too, fielded a question from a reporter wondering about his plans to deal with CalSTRS. The governor didn't point to a Web site, but he did promise to begin meetings, which is a necessary start. But talking about a problem is one thing, and using one's political capital to fix it is quite another.