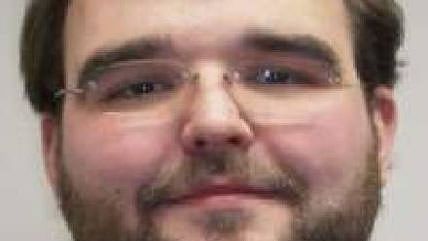 In the first case of its kind, the Supreme Court of Kentucky has upheld a ruling that probihits one man from taking the state bar exam because he is a registered sex offender.

Despite graduating high in his law school class and receiving an endorsement from the law firm for which he works, Guy Padraic Hamilton-Smith is forbidden by the Kentucky Office of Bar Admissions from even taking the test that could allow him to practice law. The office believes that Hamilton-Smith's status as a registered sex offender as justification enough for keeping him away.

According to the Associated Press (AP), the Kentucky Office of Bar Admissions director Elizabeth Feamster contended that "the seriousness of the charge as well as Hamilton-Smith's acknowledgement of sexual addiction and 'destructive and harmful behaviors when it comes to sex and sexuality.' Also, law school students are warned early in their legal education that behavioral issues could exclude them from being admitted to the bar."

The bar association hoped that the court would not only rule against Hamilton-Smith, but also affirm a rule that would ban all sex offenders from admittance to the bar. The court struck down the latter, stating that it would prefer each convict be dealt with on a case-by-case basis.

In 2007, Hamilton-Smith was convicted for possession of matter portraying a sexual performance of a minor. Hamilton-Smith's attorney, Scott White, argues that although his client may be a "sex addict," he is facing harsh treatment for a mistake. The case is a "classic example is somebody who just downloads buckets of pornography. In that download, there just happened to be child pornography," White said, explaining that Hamilton-Smith participates in Sex Addicts Anonymous and has never repeated his child porn crime. Likewise, he said that Hamilton-Smith wanted to make his education and legal career part of his rehabilitation. Hamilton-Smith's career prospects will likely be severely limited at least until 2027, when his name will be taken off the sex offender registry.

The case raises questions about the appropriate punishments for sex criminals.

Shelley Stow of the advocacy group Reform Sex Offender Laws told the AP that penalties often outweigh crimes. "It is so difficult for registrants to even get jobs and support themselves and function day to day, let alone pursue a law career," she said.

Reason's Jacob Sullum has previously argued that "policies regarding sex offenders mark them as a special category of criminals for whom no stigma is too crippling, no regulations are too restrictive, and no penalty is too severe. This attitude, driven by fear and outrage, is fundamentally irrational, and so are its results, which make little sense in terms of justice or public safety."

For other sex-crime stories in which the punishment outweighed the crime, read about one man who is fighting to be removed from a registry after having consensual sex with his to-be wife, a man who was subjected to examinations of his erections, and a teen who killed himself for fear of ending up on a registry after streaking.