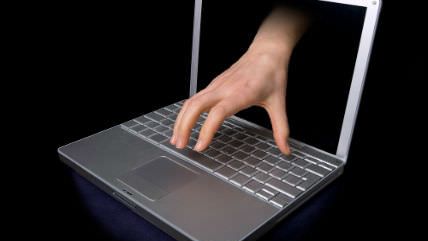 Is this real life or a generic Hollywood thriller about secretive, all-powerful governments? A new report based on leaked NSA documents details how the agency intercepts laptops purchased online, re-routes them to secret warehouses, and installs spyware.

The report comes from Der Spiegel, one of Germany's largest news weeklies. According to the paper:

If a target person, agency or company orders a new computer or related accessories, for example, TAO [a division of the NSA responsible for hacking] can divert the shipping delivery to its own secret workshops. The NSA calls this method interdiction. At these so-called "load stations," agents carefully open the package in order to load malware onto the electronics, or even install hardware components that can provide backdoor access for the intelligence agencies. All subsequent steps can then be conducted from the comfort of a remote computer.

The division tasked with installing spyware – Tailored Access Operations (TAO) – allegedly works in conjunction with the CIA and FBI to locate and ultimately spy on targets.

It is still unclear exactly who the agency is spying on: the NSA documents don't provide information on the scope of the program or who is subject to being targeted.  In an interview with Der Spiegel, NSA officials issued a statement claiming that TAO's "work is centered on computer network exploitation in support of foreign intelligence collection." However, given the NSA's history of dishonesty regarding its domestic surveillance, it could be premature to assume that the agency is only installing spyware on foreign targets' devices.

One document revealed that these operations rank among the agency's "most productive."

These revelations come in light of a security expert's presentation to German computer scientists on how easily the NSA could hack into iPhones and turn it into a spying device. He called it "wrist-slittingly depressing."

NSA officials did not respond to specific questions about the agency's practices or mission.

Earlier this week, the ACLU sued for details on the NSA's surveillance activities and what protections it affords to Americans.