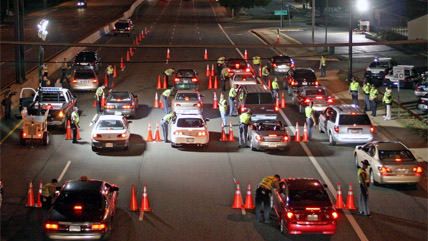 In Reading, Pennsylvania, a private company with the help of local police pulled over motorists to ask questions about their driving habits and request they allow them to swab the inside of their mouths. Officials say the company was hired by the National Highway Traffic Safety Administration and the White House Office of National Drug Control Policy. They also claim the checkpoints were voluntary. But one motorist says he was detained five minutes and had to repeatedly refuse to answer questions before he was allowed to leave.