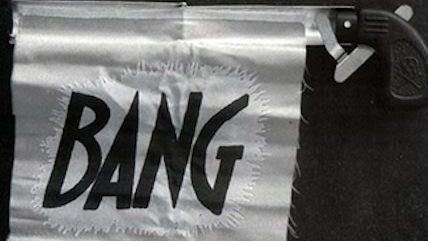 Majorities of political groups favor allowing violent video games, although some are more supportive than others. Independents who lean Republican are the most likely to believe violent video games should be allowed (77 percent) compared to 61 percent of Democrats. Roughly two-thirds of non-partisan independents and Democratic-leaning independents oppose a ban as do 70 percent of Republicans. Nearly eight in 10 self-identified libertarians say the government should allow this activity while just over half of progressives feel the same (78 percent to 56 percent).

Nationwide telephone poll conducted Dec 4-8 2013 interviewed 1011 adults on both mobile (506) and landline (505) phones, with a margin of error +/- 3.7%. Princeton Survey Research Associates International executed the nationwide Reason-Rupe survey. Columns may not add up to 100% due to rounding. Full poll results, detailed tables, and methodology found here. Sign up for notifications of new releases of the Reason-Rupe poll here.

Correction: This post has corrected the colors in the bottom graph to match the graph legend.