But it's up to politicians and voters to fight for reforms 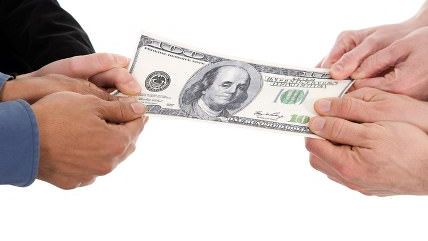 On Dec. 3, Detroit became the largest city in America to be allowed to enter bankruptcy protection. Federal Judge Steven W. Rhodes made the call in a 150-page decision that took him 90 minutes to summarize.

What drew the most attention was not his lengthy detailing of Detroit's inability to manage itself or provide basic services for its citizens and the billions it accrued in debt—problems that have been well-established leading up to bankruptcy—but Rhodes' statement that the pensions of city employees and retirees may be cut as part of the reorganization.

The city's unfunded pension liabilities are estimated to be in the billions (though the pension funds themselves insist the number is lower). The city's entire debt, including all liabilities moving forward, could be as much as $20 billion.

Rhodes, in his ruling, declared that as far as federal bankruptcy proceedings are concerned, pensions should be treated like any other contract. They don't get any additional "special protection" from cuts or renegotiations due to bankruptcy restructuring than any other contract or debt incurred by a city.

The ruling wouldn't come as news for anybody in the private sector who was drawing a pension from a business that went bankrupt. But labor unions for public sector employees have used their influence to pass legislation making it very difficult to cut back benefits once they've started getting them. Michigan's constitution was amended in 1963 to add, "The accrued financial benefits of each pension plan and retirement system of the state and its political subdivisions shall be a contractual obligation thereof which shall not be diminished or impaired thereby." Rhodes, though, zeroed in on "contractual obligation." While the text may prevent the state or municipalities from scaling back pension benefits, that distinction means little for federal bankruptcy courts, a place where contractual renegotiations are almost always on the menu.

So once Rhodes made the pension ruling, eyes turned westward to California, where last year Stockton and San Bernardino preceded Detroit into bankruptcy. California has similar protections for pensions. Stockton has decided on a debt restructuring system that will keep pensions intact, hoping a tax increase will fix their problems. San Bernardino is still early in their restructuring, but given that much of San Bernardino's expenses and debt are related to its employees, it seems likely cuts are going to be hitting public workers somehow. San Bernardino's charter requires the city to match its public safety employee wages to those of nearby (much wealthier) cities. Its council voted last week to raise some police salaries, despite the bankruptcy. It doesn't have much of a choice, due to the city's laws. If they can't manage a public vote to change their charter, how else could they possible manage their millions in pension liabilities without either making cuts or going back into a deficit?

The California Public Employees' Retirement System, the state's primary pension program for government employees, responded to Rhodes' Detroit ruling by insisting that they're a state fund, not a city fund. They maintain that California's constitution prevents a bankruptcy court from interfering with their contracts, regardless of Rhodes' ruling (which is also being appealed by Detroit pension trustees).

While eyes are on California, Illinois finally negotiated its own version of pension reform. It was approved by the governor, but the Illinois Policy Institute, which advocates for more comprehensive pension reforms there, sees little good in it. Ted Dabrowski, vice president of policy for the institute, noted that the reform essentially just rolls back the clock on the state's pension funding crisis for a couple of years: "Prior to the bill's passage, Illinois' pension funds had just 39 cents of every dollar needed to meet their future obligations, based on the most recent official numbers. After these recent 'reforms,' the pension funds will have 45 cents for every dollar they should have."

Pension reform experts (The Reason Foundation, publisher of Reason.com, is among them) have been trying to push toward guaranteed contribution plans rather than guaranteed benefits—401(k)-style savings programs rather than guaranteed pension programs. While labor unions continue to fight for these pensions, Detroit's downfall should make it clear to government employees that there is no such thing as a guarantee when a municipality no longer has the money to pay the bills.

The pension reform plan put into place by Illinois includes what appears to be a voluntary 401(k)-style savings program. But there's a big problem with it, the Illinois Policy Institute noticed: It's fake. One of the advantages of a 401(k) savings program is that the money deposited, once vested, belongs to the employee. There is no such thing as an employer "raid" of 401(k) funds. That's not the case here:

The bill says that some people would be allowed to participate in a 401(k)-style plan. But participation in the 401(k) option is limited to 5 percent of Tier 1 members (which includes members who were hired before 2011). Once 5 percent of these members are in the plan, it is closed. No one can transfer in or out of the plan. Moreover, the state can cancel the 401(k) plan at any time. If the state decides to cancel this defined contribution plan, the state can raid ("recover") the money in the 401(k)s. The money effectively does not belong to the workers; it belongs to the state.

A cynic might conclude that a plan like this is designed to fail and to potentially scare away public sector employees from supporting non-pension savings programs that are much tougher to manipulate and milk than pension plans. A cynic might also conclude that the limit is intended to keep public sector employees who grasp how untenable municipal pension plans have become from stampeding out of them en masse.

As 2013 wraps up, pension reform is going to remain a top financial issue for state and local governments, even if it doesn't capture and hold the public's attention like the massive Obamacare disaster. Fiscally troubled communities are paying attention, though. In September, the results of a Reason-Rupe poll showed that a majority of Americans—even public employees themselves—favor a transition to a 401(k)-style savings program. In November, San Bernardino voters responded to the city's fiscal crisis by bouncing politicians who had defended high city employee wages out of office. In California, one of the most liberal states in the country, voters have shown they want public employee benefit reform to keep costs down and to keep cities solvent.

Rhodes' pension ruling should give some spine to politicians in struggling municipalities to push for reform that stops destroying cities' budgets for the benefit of its own workers. They have the support of the electorate if they work out effective ways to stand up to the public unions.