Jacob Sullum | From the October 2013 issue 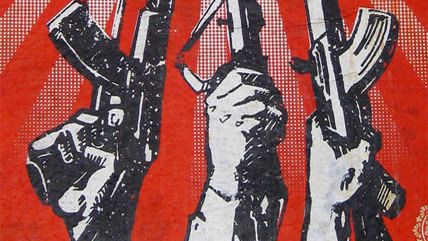 In December 2012 the U.S. Court of Appeals for the 7th Circuit ordered Illinois to repeal its ban on carrying concealed weapons, ruling that the policy violated the Second Amendment right to keep and bear arms. In July, complying with the deadline set by the court, Illinois became the last state to legalize concealed carry.

Under the new policy, people 21 or older who have state-issued firearms owner identification cards can obtain licenses to carry concealed weapons provided they have clean records and complete 16 hours of training. That is known as a "shall issue" policy, as opposed to a "may issue" policy, which gives local law enforcement officials broad discretion to reject applications. Eight states have such a discretionary policy. Of the rest, 39, now including Illinois, have "shall issue" laws, while three states (Alaska, Arizona, and Vermont) do not require permits for concealed carry.

The new law gives the Illinois State Police six months to make applications for concealed-carry licenses available. Permission must be granted within three months of receiving a valid application, so the first license may not be issued until next April.