A Nation of Guns

Matthew Feeney | From the October 2013 issue 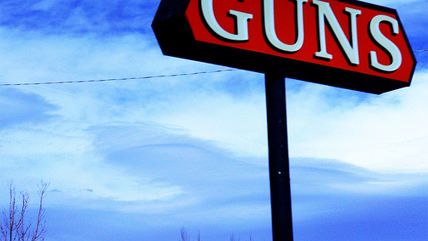 Chris Kyle, one of the most accomplished Navy SEAL snipers in history, was finishing up the manuscript of American Gun: A History of the U.S. in Ten Firearms (William Morrow) when he was the victim of a fatal shooting on a gun range this February. Co-author William Doyle completed the book, which outlines how firearm technology has formed the political, cultural, and even geographic shape of our country, not to mention its standing in the world.

Covering the American long rifle of the Revolutionary War, the Colt revolver of the Wild West, and the M-16 of Vietnam, among others, Kyle and Doyle provide an informative historical narrative full of engaging tales of battles, shootouts, and eccentric gun designers. A portrait emerges of a country that countenances and even celebrates individual ownership of dangerous means of self-defense—and self-expression.