Not the feds, natch 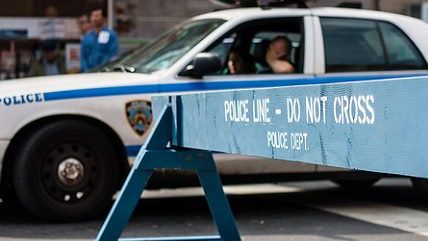 When the NYPD was revealed to be running a surveillance operation targeting Muslims not just in New York City but across the river in New Jersey as well, politicians said they were infuriated but eventually, however, the state determined no laws were broken. New Jersey lawmakers have now tried to respond to that.

From the Star Ledger:

The bill (A2948), which was passed by the Legislature in response to the New York Police Department's surveillance of Muslims in the Garden State, requires out-of-state agencies to notify the local county prosecutor 24 hours before conducting surveillance.

The law does not appear to forbid out-of-state agencies from performing surveillance, and those agencies still do not need state permission to conduct surveillance. Rather, they are required to report their activities in advance, and can face a court injunction if they don't. Naturally the law doesn't cover federal agencies that are spying on New Jerseyan. You can read the whole bill here.