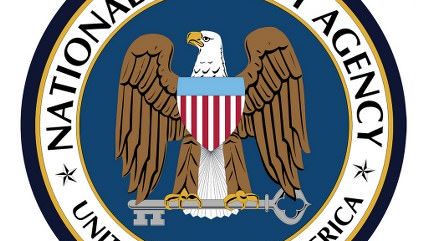 Will the perfidy of the Bush administration never cease? Even from beyond the political grave, the former president reaches out with his civil liberties-violating will to mind-control the current chief executive into loosening restrictions on the National Security Agency. That must be what happened, anyway. How else to explain why the oh-so constitutionally respectful President Barack Obama would successfully prevail upon the Foreign Intelligence Surveillance Court in 2011 to reverse restrictions on the NSA imposed under the previous administration?

The Obama administration secretly won permission from a surveillance court in 2011 to reverse restrictions on the National Security Agency's use of intercepted phone calls and e-mails, permitting the agency to search deliberately for Americans' communications in its massive databases, according to interviews with government officials and recently declassified material.

In addition, the court extended the length of time that the NSA is allowed to retain intercepted U.S. communications from five years to six years — and more under special circumstances, according to the documents, which include a recently released 2011 opinion by U.S. District Judge John D. Bates, then chief judge of the Foreign Intelligence Surveillance Court.

The restrictions were imposed in 2008 at the Bush administration's request. That's an interesting point, considering that more than a few defenders of the current regime have told us how much more legally reasonable the NSA's practices are now than they were under Bush. "There is a crucial difference between the Obama administration's phone call data-mining program, which is constitutional under current law, and the Bush administration's NSA surveillance program, which was clearly unconstitutional," wrote Geoffrey R. Stone, a law professor at the university of Chicago. "it is unfortunate," he continued, "that President Obama has not done a better job of explaining the distinction, and why his administration's program does not violate the constitutional 'right of privacy.'"

Together the permission to search and to keep data longer expanded the NSA's authority in significant ways without public debate or any specific authority from Congress. The administration's assurances rely on legalistic definitions of the term "target" that can be at odds with ordinary English usage. The enlarged authority is part of a fundamental shift in the government's approach to surveillance: collecting first, and protecting Americans' privacy later.

So it's all about parsing what "legal" means, and not so much about the consequences to privacy. Got it. Such constitutional respect.

None of this means the Bush administration was especially respectful of Americans' privacy and liberty. The last administration was pretty loose with its use of surveillance and former President Bush has defended President Obama's practices. What it does mean is that, to the extent that you can see daylight between snooping policies under the two presidents, the current officeholder is at least as intrusive, and rather less honest about what he does.