IRS Rules That As Long As Gay Couples Are Legally Wed, State of Residence Doesn't Matter 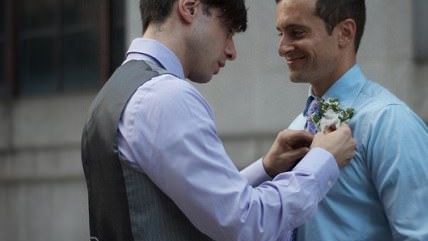 So now that nitpicking about the difference between legalizing gay marriage (a phrasing that makes certain people grind their teeth) and recognition of gay marriage has a purpose. As a result of the Supreme Court striking down part of the Defense of Marriage Act, the feds have announced that a gay couple who was legally married can file as a couple with the IRS even if they live in a state that refuses to recognize it.

The U.S. Department of the Treasury announced Thursday that when it comes to taxes, it will recognize same-sex couples' marriages even if they live in a state that does not.

The decision, which was prompted by the U.S. Supreme Court's ruling to overturn the Defense of Marriage Act, marks the latest political progress for the lesbian, gay, bisexual and transgender community.

The ruling is that the state where the officials signed off on the marriage is what counts, not where the couple lives. It makes sense, but certainly makes things complicated for some gay couples.