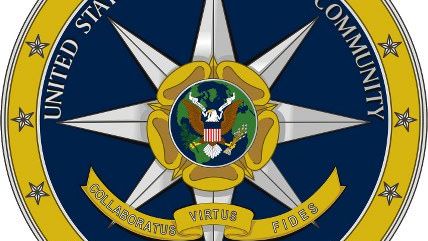 The Office of the Director of National Intelligence (ODNI) provided another redacted information data dump today, which ends the Electronic Frontier Foundation's legal battle with them over a Freedom of Information Act request.

At the heart of the matter was a Foreign Intelligence Surveillance Court decision from 2011 that determined that the National Security Agency and the FBI were somehow violating the Fourth Amendment with its surveillance methods. The details were unknown because the report was classified. EFF sued and won, and today the 85-page document was released.

Hilariously, ODNI arranged for a background media call to take questions from reporters, but they did it before the documents were released so nobody could ask any directly relevant questions from what the documents actually said. (Somebody posted the press call online on Soundcloud if you're feeling particularly masochistic)

EFF posted the memo here (pdf) and ODNI has posted a couple of additional documents on their brand new Tumblr page, part of that new transparency the agency was talking about.

The report is highly technical and significantly redacted, but here's a number of discoveries from the memo:

The Court is troubled that the government's revelations regarding NSA's acquisition of Internet transactions mark the third instance in less than three years in which the government has disclosed a substantial misrepresentation regarding the scope of a major collection program.

In the end, though, the FISA court accepted that the NSA needed to keep the upstream collection method operating in order to gather intelligence, but ordered them to improve its process of minimizing potential access, exposure and distribution of domestic information. NSA agreed to further segregate any such transactions and purgie them from their systems in two years, rather than the five years as previously ordered.