What next? Tracking chips? 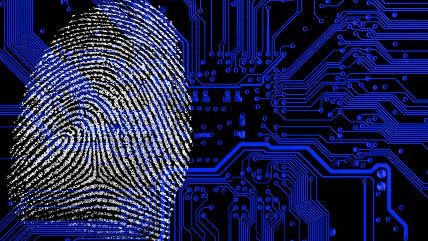 Technically, New York City Mayor Michael Bloomberg suggested putting fingerprint scanners on public housing in the city in order to keep out folks who shouldn't be there. The natural consequence is that this would require fingerprinting all residents of public housing in order to give them access to their own homes. Much like stop-and-frisk searches, the privacy violations are obvious to just about everybody but Bloomberg. From the Wall Street Journal:

Mayor Michael Bloomberg suggested Friday morning that public housing buildings should have locks controlled by fingerprint scanners to keep out non-residents who might be criminals.

"What we really should have is fingerprinting to get in," he said, while talking about how locks on New York City Housing Authority buildings are often broken and his worries that recent court rulings might make it harder for police to patrol them.

The candidates to succeed Bloomberg, all fighting for room on the campaign platform of not being Bloomberg, raced to criticize the proposal:

Two of the candidates vying to succeed Mr. Bloomberg immediately seized on the idea as an example of what they call the mayor's habit of stigmatizing people who live in high-crime areas.

"Just like stop and frisk, this is another direct act of treating minorities like criminals. Mayor Bloomberg wants to make New Yorkers feel like prisoners in their own homes," former city Comptroller Bill Thompson said in a news release.

Public Advocate Bill de Blasio made a similar point in his own news release: "Fingerprinting people just for entering NYCHA buildings will achieve little more than to further embitter tens of thousands of innocent people who have done nothing wrong, and who have earned the suspicion of the police for their trouble."

Both men said the city should instead focus on installing security cameras in public housing.

Beyond the potential privacy violations being visited upon these folks (further privacy violations, I guess), I'm struck by one significant logistical question. If the basic locks on the city's public housing complexes are always being broken, how the bloody hell is the city ever possibly going to be able to maintain fingerprint locks?

Recently from Reason TV — "stop-and-frisk" on trial in New York: