Study: Those Who Use Pot and Alcohol Are More Likely To Know of Health Risks Than Those Who Abstain 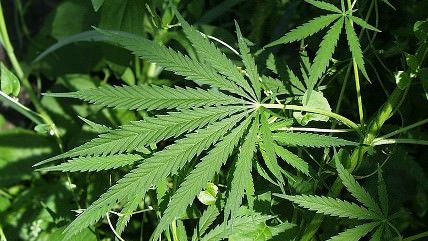 Perhaps unsurprisingly a study published in the International Journal of Public Health last month suggests that people who use marijuana and alcohol are more likely to be aware of the health risks associated with their substance of choice than those who choose to abstain.

Users of marijuana and alcohol may be savvier about the health risks posed by these substances than those who abstain, new research suggests.

The findings, which were drawn from a large sample of Swiss men, showed that men who frequently used marijuana, alcohol and tobacco sought out information about the health risks of those substances more than those who didn't use them.

According to Petra Dermota, a psychologist at the University of Zurich, increased knowledge of the substance you are consuming does not necessarily mean that you will consume less of the substance.

One of the more notable findings of the study is that anti-drug campaigns are not that ineffective:

The findings suggest that substance-abuse prevention campaigns may need to be tweaked. It may be that the long-term consequences, such as lung cancer or cirrhosis of the liver, are simply too far away to have much of an impact on people's immediate decisions, Dermota said. Or, it may be that drug users believe the alcohol or marijuana's benefits outweigh the risks.

Instead, anti-drug messages should be more interactive, and spur critical thinking about the drugs to change people's attitudes about drug use, Dermota said.

"At the moment, most campaigns are just giving young people a lot of information, but this is not enough to prevent people from being at risk and using drugs," Dermota said.