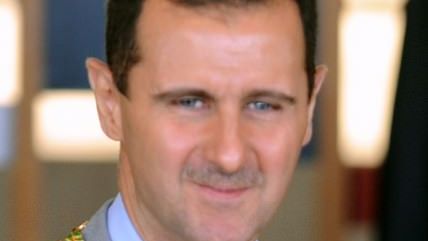 Today is Syria's Army Day. To mark the occasion President Assad left Damascus in his first known trip outside Syria's capital since March 2012 to visit troops.

In a statement Assad said that the rebels will be defeated.

In a statement marking Army Day, Assad said his men are confronting the "fiercest barbaric war in modern history."

"Had we in Syria not been confident of victory, we wouldn't have been able to resist" for more than two years, Assad said in a statement carried by the state news agency SANA.

In an apparent reference to wide expectations over the past two years that the opposition forces would remove him from power, Assad told his troops: "You have surprised the world with your steadfastness and ability to face difficulties and achieve results."

Assad has reasons to be optimistic. Rebels in Syria have recently suffered some setbacks, including losing control of a district in Homs and becoming increasingly involved in fighting with Kurds, who are hoping to establish an independent state in the northeast of Syria.