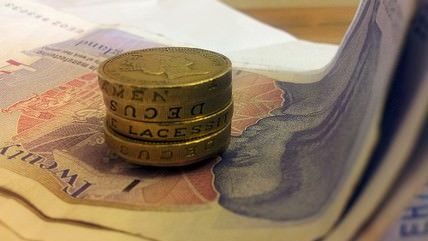 According to the British government more than 12,000 people who were out of work are now working since a benefits cap was announced. Under the revised benefits system a couple may not claim more than £500 (about $750) a week, the average working household income.

More than 12,000 people have moved into work after being told about the benefits cap, the government says.

The cap, on the total amount of benefits that non-working people aged 16 to 64 can receive, has begun rolling out across England, Scotland and Wales.

Couples and lone parents will now not receive more than £500 a week, while a £350 limit applies to single people.

But critics say the changes will hit parts of the country unfairly, and will not tackle underlying problems.