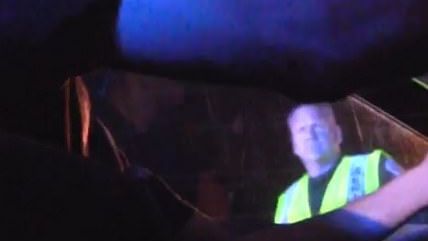 A long time ago, long enough ago that Doonesbury was actually funny, Garry Trudeau penned a bit in which Zonker Harris was busted on a cross-country trip after highway patrolmen found a couple of "marijuana seeds" in his possession. I thought of that strip when Sheriff Robert Arnold (that's his mug, to the right) of Rutherford County, Tennessee, insisted that the roadside hassling of libertarian college student, Chris Kalbaugh, was justified because Deputy A.J. Ross supposedly found marijuana shakings and two marijuana seeds in the car.

Two seeds? Kalbaugh must be a dealer!

But as the college student points out, "They did not even confirm to see if it was. They did not test it."

So the cops might have found shake and two marijuana seeds (two!), or they may have found some dried, unidentified plant matter and a couple of chipmunk turds. Too bad they didn't give it the old taste test.

For the record, I know what shake looks like. I've seen a lot of marijuana in my years. But give it some time to age and dry, and I'll be damned if I could distinguish it from whatever has blown into the map pocket and the upholstery of my Ford Explorer (the "shakings" were found in Kalbaugh's door handle and the "seeds" in his back seat).

Sheriff Arnold should give some thought to the idea that coming off sillier than a '70s-era comic strip character doesn't build his credibility.

And Kudos to the Libertarian Party of Tennessee for putting together an organized effort to monitor the police.