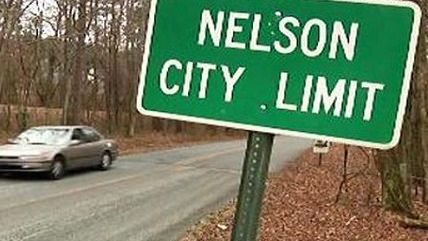 The small town of Nelson, Georgia, (pop: 1,300) passed an ordinance in April requiring the head of each household to own a firearm (with exceptions for convicted felons, those not capable of owning a gun, and anyone who conscientiously objected. Despite the exceptions, and that the town's police chief (and only cop) said he had no intention of enforcing the ordinance, the Brady Center for Gun Violence (an anti-gun more than an anti-violence group) is suing the city over what it calls an "unconstitutional" law.

Is there a "violence" problem in Nelson? The city's cop compared it to The Andy Griffith Show's fictional town of Mayberry, leading Politifact to note there hadn't been a murder in the town in five years. The suspect in that case, according to the police chief, fled to Mexico. If the Brady Center were worried about the Constitution, it wouldn't push anti-gun laws. If it were worried about violence, it wouldn't be wasting time in Nelson, Georgia. It's all for the children, of course.