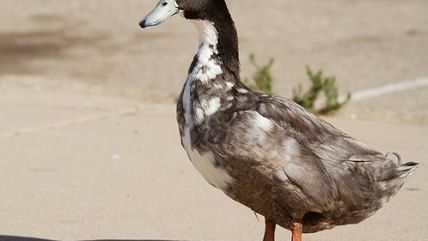 A Pennsylvania man faces fines of $500 a day for having pet ducks the city of Delmont considers poultry, which would be against its zoning laws, according to local CBS affiliate KDKA. The resident, Jim Kistler, points out he's not planning on eating his pets and that they don't lay eggs, asking "how can anyone tell you what kind of pet you can have"?

The breed of ducks, Blue Swedish, are actually apparently "great pets because of their calm disposition". According to LiveDucks.com, ducks are difficult but rewarding pets and the website warns to find out if ducks are legal in your jurisdiction before acquiring one.  And ducks aren't even exotic pets, which face even stricter regulation.

According to KDKA, Kistler is paying $400 to appeal the decision at a hearing later this month. There's money for towns in zoning enforcement.