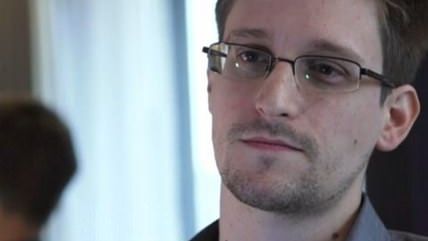 The man who told Americans (and the world) what their government is doing with their private data is being charged with espionage. The Washington Post reports:

Federal prosecutors have filed a sealed criminal complaint against Edward Snowden, the former National Security Agency contractor who leaked a trove of documents about top-secret surveillance programs, and the United States has asked Hong Kong to detain him on a provisional arrest warrant, according to U.S. officials.

Snowden was charged with espionage, theft and conversion of government property, the officials said.

The complaint was filed in the Eastern District of Virginia, a jurisdiction where Snowden's former employer, Booz Allen Hamilton, is headquartered, and a district with a long track record in prosecuting cases with national security implications.

So will this be The Pentagon Papers, Part II, or what? This is assuming the government can get its hands on Snowden. While Hong Kong does have an extradition treaty with the United States, there are complications:

The United States has an extradition treaty with Hong Kong, and U.S. officials said cooperation with the Chinese territory, which enjoys some autonomy from Beijing, has been good in previous cases.

The treaty, however, has an exception for political offenses, and espionage has traditionally been treated as a political offense. Snowden's defense team in Hong Kong is likely to invoke part of the extradition treaty with the United States, which states that suspects will not be turned over to face criminal trial for offenses of a "political character."

Snowden could also remain in Hong Kong if the Chinese government decides that it is not in the defense or foreign policy interests of the government in Beijing to have him sent back to the United States for trial.

Snowden could also apply for asylum in Hong Kong, or attempt to reach another jurisdiction and seek asylum there before the authorities in Hong Kong act.

Our coverage of all matters Snowden-related is here.