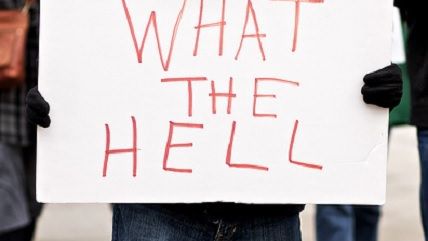 Nancy Pelosi said Congress had to pass Obamacare to find out what was in it, and the legislation's supporters, including many of the country's largest unions, seemed just fine with that arrangement. Now that they're finding out what's in it, they don't like that some of the consequences were unexpected (but not unforeseeable).

When President Obama pushed his health care overhaul plan through Congress, he counted labor unions among his strongest supporters.

But some unions leaders have grown frustrated and angry about what they say are unexpected consequences of the new law—problems that they say could jeopardize the health benefits offered to millions of their members.

The issue could create a political headache next year for Democrats facing re-election if disgruntled union members believe the Obama administration and Congress aren't working to fix the problem.

"It makes an untruth out of what the president said, that if you like your insurance, you could keep it," said Joe Hansen, president of the United Food and Commercial Workers International Union. "That is not going to be true for millions of workers now."

Last month, the Roofer's Union, which endorsed Obama in 2008 and 2012, called for the full repeal of Obamacare. Peter Suderman explained earlier this year how Obamacare ends up undermining unions.