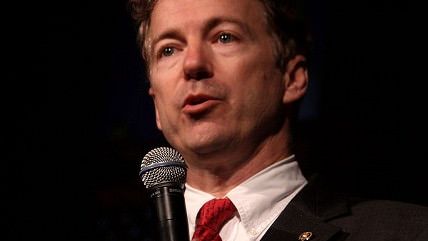 The Senate Permanent Subcommittee on Investigations has accused Apple of being "among America's largest tax avoiders," with Subcommittee Chairman Sen. Levin (D-MI) saying that the multinational electronics giant avoided paying $9 billion in tax in 2012.

Thankfully, Sen. Rand Paul (R-Ky.) was on hand to criticize his colleagues for admonishing a corporation that he described as "one of America's greatest success stories."

Kentucky Senator Rand Paul went on a great rant during today's Senate subcommittee hearing on Apple's offshore tax practices, slamming his Congressional colleagues for even holding the hearing in the first place.

"Frankly, I'm offended by the tone and tenor of this hearing," Paul said, laying into those who take issue with Apple's tax policies.

"I'm offended by the spectacle of dragging in executives from an American company that is not doing anything illegal," he added. "If anyone should be on trial, it should be Congress."

A video of Paul's comments is below: