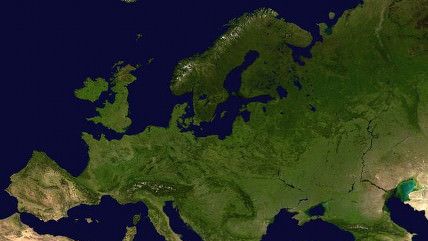 Earlier this month, the French General Assembly voted to make France the ninth European nation to recognize same-sex marriages. Many Americans will take this, along with the more tolerant treatment of drugs and prostitution, as further evidence of Europe's social liberalism. But European liberalism has its limits. The continent's tolerance is highly selective, and it often excludes particular demographics, unpopular or distasteful opinions, and certain preferences in education.

Since April 2011, for example, France has banned clothing that covers the face, restraining the rights of the women who want to wear either a niqab or a burqa. Belgium has a similar law on the books. These laws were largely motivated by a growing Muslim population, a demographic change that has fueled the growth of movements to limit immigration from predominantly Islamic countries.

In a 2009 referendum Swiss voters approved a constitutional ban on new minarets being built. The ban was supported by just over 57 percent of voters. Elsewhere in Europe, Muslims are viewed with suspicion. A poll from last January shows that 74 percent of French citizens believe that "Islam is incompatible with French society," while in the U.K. less than 25 percent of people believe that Islam is compatible with British society. In Hungary, a discriminatory 2011 law has made it harder for a congregation to register as a religious organization: Of the 362 religious organizations previously recognized, only 14 still have the same standing. The others are no longer eligible for state funding and—more troubling from a libertarian point of view—their schools are no longer officially accredited. Not just Muslims but Methodists, Pentecostalists, Jews, Buddhists, and Hindus have been affected by the change. The law was struck down by Hungary's Constitutional Court but was later integrated into a controversial amendment to the constitution.

In the continent where the Holocaust took place it is perhaps not surprising that there are infringements of free speech for those who deny, trivialize, or glorify Hitler's genocide against the Jews. Austria, Belgium, Germany, and Poland, among other nations, have laws restricting speech that denies, trivializes, or glorifies the Holocaust, and in some instances other atrocities, such as those committed by the Soviet Union in Lithuania and Poland. But as offensive and historically illiterate as such speech is, it is hardly tolerant to restrict it.

Germany, one of the countries where Holocaust denial is illegal, also limits the freedom of parents to teach their children as they see fit. Homeschooling is illegal in Germany, prompting one family, the Romeikes, to flee to Tennessee seeking asylum. Germany isn't alone: Homeschooling is outlawed or severely restricted in several Eastern European and Balkan countries.

Perhaps the most recent and noticeable attack on free speech in Europe has been in the U.K. After a phone hacking scandal hit some British newspapers, the Leveson Inquiry was established to examine journalistic ethics in the U.K. and to make recommendations. Thankfully, the British government will not be implementing the body's suggestions that a new independent press regulator be introduced and underpinned by statute. Yet all three major British political parties supported an alternative plan for a press regulator last month that would introduce a code of "standards" and a new regulatory body. Whatever the outcome of the Leveson Inquiry, the press can look forward to a more restricted future, all thanks to hysteria generated by outrage over practices that were already illegal under British law.

Meanwhile, British citizens can get in trouble for saying the wrong thing on social media. Last year an unpleasant university student was sentenced to 56 days in jail for a racist tweet directed at a soccer player. Another student was spared a jail sentence for a similar offense after pleading guilty.

Even where European countries are socially liberal, public opinion isn't as uniform as American stereotypes suggest. The French legalization of same-sex marriage was met with violent protests in Paris, and before the vote the hashtag #IlFautTuerLesHomosexuels ("Homosexuals Must Be Killed") was trending on Twitter in France.

So yes, there are many ways that Europe is freer than the U.S. The Portuguese drug policy would be a vast improvement over America's, and we could learn a lot from the Dutch laws on prostitution too. But when it comes to free speech and school choice—and, in France and Belgium, the freedom to choose your clothes—Americans have it better. Even on drugs and gay marriage, recent polling data indicates that Americans are catching up to European attitudes. As those changing attitudes become changing laws, Europe may lose its reputation as the land of tolerance.