Why "better enforcement" of current restrictions is a bad idea 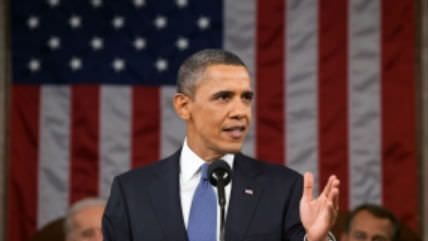 â€œTo make sure those who would commit acts of violence cannot get access to guns,â€ President Barack Obama said in January, Congress should mandate background checks not just for sales by federally licensed firearms dealers, as current law requires, but for all gun transfers except those between relatives.

This idea seems to be the most popular of Obamaâ€™s gun control proposals, backed by 92 percent of respondents in a mid-January CBS News poll. Yet â€œuniversal background checksâ€ are unlikely to stop mass shootings, and enforcing them would require the sort of surveillance that has long been anathema to defenders of the Second Amendment, exposing millions of peaceful people to the threat of gun confiscation and criminal prosecution.

Although an expanded background check requirement is ostensibly a response to the December 14 massacre at Sandy Hook Elementary School in Newtown, Connecticut, it would not have stopped the gunman in that attack, who used his motherâ€™s firearms. Even if he had tried to buy guns, it seems he would have passed a background check because he did not have a disqualifying criminal or psychiatric record.

That is typically the case in mass shootings, observes Northeastern University criminologist James Alan Fox. And if they could not pass a background check, Fox says, â€œmass killers could always find an alternative way of securing the needed weaponry, even if they had to steal from family members or friends.â€

Meanwhile, to make sure that every gun buyer undergoes a background check, the government would need to know where all the guns are. Although Obama did not mention that little detail, The Washington Post reported that the administration was â€œseriously consideringâ€ creating a system that would â€œtrack the movement and sale of weapons through a national database.â€

Second Amendment supporters historically have opposed gun registration, fearing it could lead to confiscation, which has happened in places such as Canada, Great Britain, Australia, California, and New York City. While wholesale disarmament would be clearly unconstitutional in this country, confiscation of guns that legislators arbitrarily deem unnecessary or excessively dangerous is easier to imagine, especially given Obamaâ€™s support for a new, stricter ban on â€œassault weapons.â€

If fear of confiscation seems paranoid to you, consider what would happen if the federal government merely enforced existing law through expanded background checks and improved recordsâ€"another step nearly everyone seems to think is self-evidently sensible. Such a crackdown would reveal the folly of current restrictions, which prohibit gun ownership by several absurdly broad categories of people under the threat of a five-year prison term.

One disqualifier is a felony record, whether or not the offense involved violence or even a victim. It is doubtful that check kiters, pot growers, or unauthorized farm workers (another banned category) are more likely to go on a shooting rampage than the average person.

Federal law also bars â€œan unlawful user ofâ€¦any controlled substanceâ€ from owning a gun. Think about that for a minute. If you smoke pot or use a relativeâ€™s Vicodin or Xanax, you have no right to keep and bear arms. Survey data indicate that nearly 40 million Americans have used â€œillicit drugsâ€ in the last year, and the true number is probably higher, since people may be reluctant to admit illegal behavior.

One of Obamaâ€™s â€œcommon-sense stepsâ€ to reduce gun violence is better sharing of data by federal agencies, including lists of employees or job applicants who have failed drug tests. Seeking such information from state agencies and private employers seems equally logical.

This is one of those situations where â€œbetterâ€ could be worse. Although better enforcement of existing restrictions on gun ownership sounds unobjectionable, it would unjustly deny millions of people the right to armed self-defense.