J.D. Tuccille on Teaching His Son To Break the Law 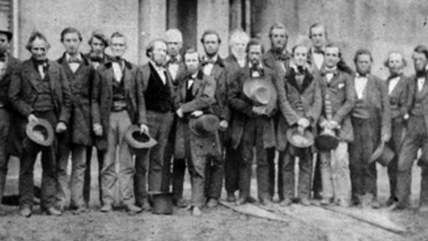 In 1858, hundreds of residents of Oberlin and Wellington, Ohio — many of them students and faculty at Oberlin College — surrounded Wadsworth's Hotel, in Wellington, in which law enforcement officers and slavehunters held a fugitive slave named John Price, under the authority of the Fugitive Slave Act. After a brief standoff, the armed crowd stormed the hotel and overpowered the captors. Price was freed and transported to safety in Canada. J.D. Tuccille, Managing Editor of Reason 24/7, knows these details because his son recently borrowed from the library The Price of Freedom, a book about the Oberlin-Wellington Rescue, as the incident is called. He and his wife used it as a starting point for telling their seven-year-old why they don't expect him to obey the law — that laws and the governments that pass them are often evil. They expect him, instead, to stand up for his rights and those of others, and to do good, even if that means breaking the law.