Cutting Government Will Boost the Economy

Why Keynesianism is still wrong. 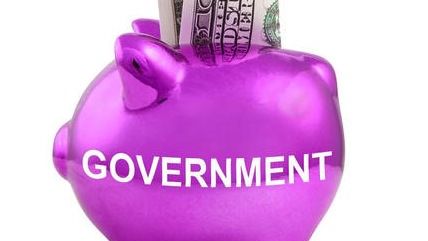 Budget sequestration is as modest a step toward cutting Leviathan as one can imagine. Further progress will be difficult as long as people believe that slashing the size of government conflicts with reviving the economy. Nothing could be further from the truth.

In his recent debate on Charlie Rose, Nobel Prize-winning economist and New York Times columnist Paul Krugman said that even wasteful government spending should not be cut, because it would undermine job creation and economic recovery. This view isn't quite as popular as it once was, but it is still influential.

The logic of the argument is that insufficient consumer spending caused the Great Recession, the anemic recovery, and persistent high unemployment. If people aren't spending, so goes the argument, businesses lay off workers. And when the newly unemployed workers reduce their spending, more workers are laid off. This ripple effect puts the economy into recession. To end the recession, consumer demand must grow again, but it can't grow because unemployment is high. It's a vicious circle: people don't spend enough because they don't have jobs, but they can't find jobs because people aren't spending enough.

Therefore, says Krugman, government must spend. This is why he supports more debt. And this is why he thinks cutting spending to rein in the deficit is precisely the wrong thing to do now. Keep the deficit spending going to create jobs, Krugman says, and worry about the debt later. There'll be plenty of time for that.

If this were really how things worked, we'd be in a fix. But they don't work that way. Business cycles — the boom and bust — don't happen because consumers all mysteriously decide to cut their spending, throwing people out of work. And since that's not the cause of the downturn, increased government spending is not the cure.

In other words, the spending frenzy, the deficit, and the debt all can be addressed while the economy is recovering. In fact, radically downsizing government is the key to recovery.

Recessions begin because a string of large-scale business investments prove to be unsustainable in light of real economic conditions. Why would so many entrepreneurs make the same mistake at the same time? Because the government and its central bank — the Federal Reserve — create misleading signals in the form of artificially low interest rates and (before the most recent recession) artificially high demand for housing. These policies fool entrepreneurs into thinking that consumers are saving rather than spending, that is, deferring consumption until the future. Businesses then use the easy credit for long-term interest-rate-sensitive projects, such as housing and stages of production remote from the consumer-goods level. Yet consumers have not curtailed spending.

The recession sets in when interest rates rise and the cluster of errors is revealed. The malinvestments are liquidated, and workers are laid off. If the economy is to recover, the structure of production must be realigned with real economic factors, including people's consumption/saving preferences. This is a costly and time-consuming process because workers may need retraining, buildings may need modifying, and machinery may need to be moved or junked. Government policy misshaped the economy, which now must be reshaped into something more appropriate.

Government's only proper task is to get out of the way so that the recovery can be as fast and painless as possible. In the past, when government cut spending and taxes with the onset of a recession, recovery was sure and swift. What the economy needs is resources — savings — to recover. If the government consumes scarce resources, they are unavailable for private efforts. And if the Fed keeps interest rates low, it discourages saving.

Krugman and other Keynesians are wrong when they call for more deficit spending, because that would transfer scarce capital from recovery efforts to politicians, who can have no idea what they are doing. Since government spending faces no market test, it is unlikely to be what is needed. Only investment guided by the price and profit/loss system can make things right. But that requires government to relinquish its claim on private resources.

We can have a vibrant economy and much less government.

This article originally appeared at The Future of Freedom Foundation.