New laws push expatriate Americans to keep their money in their mattresses.

Matt Welch | From the October 2012 issue 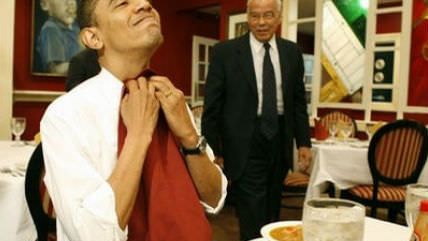 Does the government have a right to your money after you've paid taxes on it? This question, unsurprisingly, has considerably more urgency for me at age 44 than it did at 24. The answer, in an age of chronically underfunded and overspending governments the world over, is increasingly disturbing.

I married my wife, a French journalist, in 1997. Sometime prior to that she had written some articles for a couple of U.K.-based newspapers. She opened a bank account in London to ease the transactions and provide a little walking-around money when she visited town. Since her primary source of U.K. income collapsed in the late '90s, the account has languished in the three figures for more than a decade.

Under tax rules that went into full effect this year, we have to report that little savings pot—including the account number and the maximum value of the holdings during the calendar year—to the Internal Revenue Service (IRS) every April 15, or face up to a $100,000 fine and five years in prison. This is true for every American (which my wife now is) who holds more than $10,000 in foreign-based financial institutions, either individually or together with his spouse, assuming they file a joint return.

Back when I was living in Bratislava and making money as a street musician in Vienna (don't ask), I opened up an Austrian savings account just to deal with the plethora of pfennigs. It is possible that account still exists, with about $1 in it, and that by not reporting it to Uncle Sam I am technically a scofflaw. Coins are for piggy banks, not the real things!

There are many things American residents do not realize about their 6 million or so countrymen living abroad. One of them is that the United States—unlike every other country in the world except Eritrea—taxes its citizens based on passport, not residence. If my French-American daughter moved to Lyon tomorrow and lived there for the rest of her life, she would be obliged to file a U.S. tax return every year, including all those aforementioned intimate and convoluted banking details. (So convoluted that my paid tax preparer this year contemplated the TD 90-22.1 form used to report holdings in foreign financial institutions, shrugged, and handed me a highlighter pen in case I could figure the damned thing out.)

But it gets worse for our expatriate friends. That's because in 2010 a revenue-starved populist Congress passed an abomination of a law called the Foreign Account Tax Compliant Act (or—you guessed it!—FATCA) "to combat tax evasion by U.S. persons holding investments in offshore accounts." The law jacked up the penalties for those of us above the $10,000 threshold and created a new form-filling threshold at the $50,000 level ($100,000 for joint filers). It also charged IRS agents with determining whether the foreign assets Americans report were properly taxed before being parked abroad. "Underpayments of tax attributable to non-disclosed foreign financial assets," the IRS website warns, "will be subject to an additional substantial understatement penalty of 40 percent." Worse, FATCA requires foreign financial institutions to disclose information about their American customers to the IRS and send 30 percent of assets believed to be untaxed directly to the U.S. government.

Close your eyes for five seconds and imagine what "unintended" consequence might result from such an unprecedented power grab in the name of bringing rich tax outlaws to heel. Yes, that's right: Nonrich Americans the globe over can no longer open bank accounts.

A group called American Citizens Abroad collected dozens of stories from such Americans for an April 2012 letter to the IRS. Here's an American retiree and former non­governmental organization employee who has lived in Geneva for all but four years since 1973: "Just since the beginning of the year, I have been informed by one of Switzerland's two largest banking institutions that due to the fact that I am an American, I had to divest myself of all my investment holdings in their financial institution. Another bank agreed to accept my investments; then, just this month, on the day that I went to sign the papers, I was informed that the authority to do this had been withdrawn.…I feel that I now am being squeezed between my country of citizenship and my country of residence and they are forcing me to choose my mattress as the only site where I can place my savings. I am an American who loves my country. I always have filed my U.S. income tax return.…I do not understand why my government is treating me this way."

Suddenly (and I mean "why doesn't my ATM card work anymore?" suddenly), expatriate Americans are discovering they can no longer use banks where they live. Some are opting to renounce their U.S. citizenship rather than continue dealing with the hassle. A presumed record of at least 1,788 Americans turned in their passports in 2011. We know that number because the IRS publishes a "name and shame" list of citizenship renouncers it suspects of evading taxes each year.

Who are these hateful tax evaders? Some are billionaires, such as Facebook co-founder Eduardo Saverin, a longtime Singapore resident and dual national who renounced his U.S. citizenship in advance of his company's initial public offering. But many are guys like Peter Dunn, a dual American-Canadian citizen, married to a Canadian, who has lived abroad for a quarter of a century, and who (according to a Reuters article) "felt American citizenship had become more of a liability than a privilege."

"If it was just me then it would be one thing," Dunn told Reuters in April. "Disclosing joint accounts I hold with my wife and anyone I ever want to do business with—that's just too much. My wife's account is none of their business." FATCA is "making life difficult for a lot of people," he said. "It's driving us away."

What's the upside of such harassment? The U.S. Treasury projects that increased FATCA enforcement will bring in a little less than $1 billion a year. The federal government spends about that much every two and a half hours. And in case the cost-benefit formula isn't whacked enough, consider that Swiss and other European expatriate executives who live and work in America are seeing their home-country bank accounts unceremoniously shuttered by financial institutions that just don't want to deal anymore with anything involving the United States. In an age of globalization, when countries that trade are countries that thrive, Washington is making it much more difficult for Americans to live abroad and for the best and brightest foreigners to live here.

How has Congress reacted to this mess of its own creation? Sen. Chuck Schumer (D-N.Y.) in May unveiled yet another ham-handed acronym of a bill: The Expatriation Prevention by Abolishing Tax-Related Incentives for Offshore Tenancy (ExPATRIOT) Act. Schumer's brainchild would slap a 30 percent tax on the capital gains of anyone renouncing U.S. citizenship and bar him from ever setting foot in the country again.

All because Americans have the temerity to park their after-tax money in financial institutions and don't want to face draconian IRS sanctions should they fail to understand the inscrutable filing requirements. This is what happens when government is as broke as its politicians are immoral. Time to invest in mattresses.