The Administration claims money damages are never "appropriate" under the Religious Freedom Restoration Act - even when they are the only possible means of redressing rights violations. 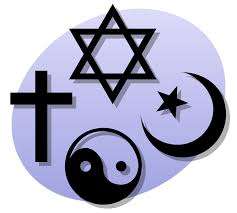 On Tuesday, the Supreme Court heard oral argument in Tanzin v. Tamvir, an important religious freedom case. The Trump administration, which in other contexts claims to be a champion of religious liberty, took a very different position here. Nick Sibilla of the Institute for Justice has a helpful summary of the issues at stake, in a Forbes article published the day before the argument:

The Trump Administration has prided itself as a defender of religious liberty. So it's certainly been jarring to see the Justice Department urge the Supreme Court to curtail the nation's preeminent protection for religious freedom.

On October 6, the Supreme Court will consider Tanzin v. Tanvir, a case that will decide if individuals can sue federal agents for damages under the Religious Freedom Restoration Act (RFRA). Passed by a near unanimous Congress in 1993, RFRA is most well-known for exempting and accommodating sincere religious beliefs from burdensome laws…

But RFRA was also modeled after Section 1983, the lodestar for civil rights litigation. Using language directly inspired by Section 1983, the Act expressly allows lawsuits against any "official (or other person acting under color of law)" if they "substantially burden a person's exercise of religion."

In this secondary role, RFRA has been critical to hold federal officials accountable by allowing individuals to sue them for damages. Although damage claims under RFRA are rather uncommon, without RFRA, victims would have few—if any—alternatives to vindicate their rights. Moreover, the small number of federal courts that have weighed in on this issue have almost universally sided with the plaintiffs, who in turn have been overwhelmingly Muslim victims of law enforcement abuse.

That includes Muhammad Tanvir, the respondent in the upcoming Supreme Court case. Tanvir is one of several Muslim men who allege they were harassed by the FBI to become informants. As part of this pressure campaign, FBI agents routinely called Tanvir and showed up at his workplace unannounced. At one point, they even threatened to deport Tanvir if he didn't collaborate.

When the men refused to spy on their communities, citing their faith, the FBI retaliated by placing them on the No-Fly List. Being unable to fly came with devastating consequences. Tanvir could no longer work as a long-haul trucker and was forced to quit. Worse, the No-Fly List even prevented him from flying back home to Pakistan to see his mother, whose health was deteriorating.

Filing under RFRA, Tanvir and the others sued the FBI agents for damages. A district court dismissed their claims in 2016, but the Second Circuit U.S. Court of Appeal overturned that decision two years later….

Last summer, however, the Justice Department filed a cert petition calling on the Supreme Court to reverse the Second Circuit's ruling; cert was granted in November.

Rather than try to downplay the importance of religious liberty, the Justice Department argued that damages against individual officers are not a form of "appropriate relief," warning that even "the mere 'specter of liability,' might deter employees from carrying out their duties to the fullest extent."

That's a feature, not a bug. Officials should be deterred from violating religious freedom. Suing for damages plays a vital role in civil rights cases, and religious liberty is no exception….

In recent years, the Supreme Court has expanded protections for religious liberty while routinely blocking lawsuits against rogue agents. Tanzin v. Tanvir will reveal if religious freedom can trump this worrisome trend.

In this instance, it would seem, the administration's support for religious freedom has been trumped by its solicitude for law enforcement agencies, which is also at the root of its opposition to ending qualified immunity. In addition, the administration that imposed a a series of discriminatory travel bans targeting Muslims may not be eager to crack down abuses of religious freedom where Muslims are often the primary victims.

As Sibilla explains in a later article analyzing the oral argument, RFRA allows "appropriate" remedies. There is room for reasonable disagreement about what qualifies as "appropriate" in some situation. But, as Sibillla describes, damage remedies are surely appropriate in a case like this one where they are the only available form of redress for the rights violations suffered by the victims, and the only effective means of deterring future violations:

"My clients lost precious years with loved ones, plus jobs and educational opportunities," said City University of New York Law Professor Ramzi Kassem, who argued on behalf of Tanvir. "Without damages as a deterrent…agents remain free to repeat what they did here, flout RFRA until challenged in court and then back off…"

RFRA doesn't expressly exclude money damages…. That's a striking contrast to many other federal statutes that authorize lawsuits against the government. Just as telling, RFRA was deliberately modeled after Section 1983, which lets victims of civil rights abuses sue the local and state officials responsible; those lawsuits frequently include money damages, even though that statute never specifies damages as a form of relief….

[A]n injunction wouldn't help Tanvir and the other plaintiffs, since the federal government has already removed them from the No-Fly List. "Injunctions would be useless against these one-time harms, leaving damages as the only remedy," Kassem noted.

And as Justice Sonia Sotomayor pointed out [at the oral argument], when Congress was debating RFRA, lawmakers were "very concerned" about "the many families whose loved ones were being subjected to autopsies, in violation of their religious beliefs" and heard testimony that "injunctive relief would not help those families." "Why would Congress take away from appropriate relief the only relief that could help some people for the violation of their rights?" she asked.

Sibilla also effectively rebuts claims that allowing money damages would subject government agents to personal liability (though I think such personal liability might sometimes serve as a valuable deterrent against abuses of power):

Justice Brett Kavanaugh… expressed "concern" that the FBI agents in the case could be forced to pay "damages in their individual capacities."

But that fear is unfounded. Even when a plaintiff prevails in a civil rights lawsuit against federal employees, they rarely have to pay out of pocket. One recent study that analyzed successful lawsuits filed against federal Bureau of Prison officials found that "the federal government effectively held their officers harmless in over 95% of the successful cases brought against them, and paid well over 99% of the compensation received by plaintiffs in these cases."

The Administration's selective solicitude for religious liberty is matched by similar double standards on the left side of the political spectrum, where many rightly condemn the travel bans, but often oppose judicial enforcement of prohibitions against government discrimination against religious schools or public health measures that discriminate against religious speech. For too many people, support for freedom of religion varies based on whose ox is being gored.

On the whole, current legal precedent protects religious freedom much more than many people—especially on the political right—tend to think. But the sort of ideologically motivated hypocrisy on display in Tanzin and too many other cases is nonetheless a troubling trend. Religious freedom for me and my friends, but not thee and yours is an attitude that can gradually erode protections for everyone, and especially for the most vulnerable and unpopular religious minorities. The same goes for claims that religious freedom can be ignored or subordinated when it clashes with specific types of policies, whether it be immigration and law enforcement (for the right), or  education and health  care (for the left).

UPDATE: Reading the oral argument transcript, it is hard for me to tell which way the Court is leaning. But I tentatively think the three liberal justices and Justice Gorsuch are leaning towards the plaintiffs, Justice Kavanaugh and perhaps Chief Justice Roberts are leaning towards the government, and the other two justices (Thomas and Alito) are very hard to gauge. If I am right (and I easily might not be!), there are at least enough votes to forestall overruling the court of appeals decision in favor of the plaintiffs.

With only eight justices on the Court in the wake of Ruth Bader Ginsburg's death, a 4-4 split would result in leaving the lower court decision in place, albeit without any binding Supreme Court precedent being created. Of course it's also possible this case will be reargued when and if Amy Coney Barrett gets confirmed. That happened in Knick v. Township of Scott last year, which was argued during the period when the delay in Kavanaugh's confirmation led to a few cases being heard by only eight justices. As it turned, out Knick was a 5-4 decision, and the reargument was likely done in order to enable Kavanaugh to participate and avoid a 4-4 split.

Either way, this is an important case that bears watching.