Heather Mac Donald writes about this at the City Journal. The most striking data is on the average grade breakdown of incoming associates by race (which stems from what appear to be quite aggressive racial preferences in hiring), which comes from my colleague Rick Sander's The Racial Paradox of the Corporate Law Firm (2006); note that it is from the "After the JD" study of lawyers who joined the bar in 2000, though my sense is that not much has changed (at least as to blacks and whites) in law schools and law firms since then: 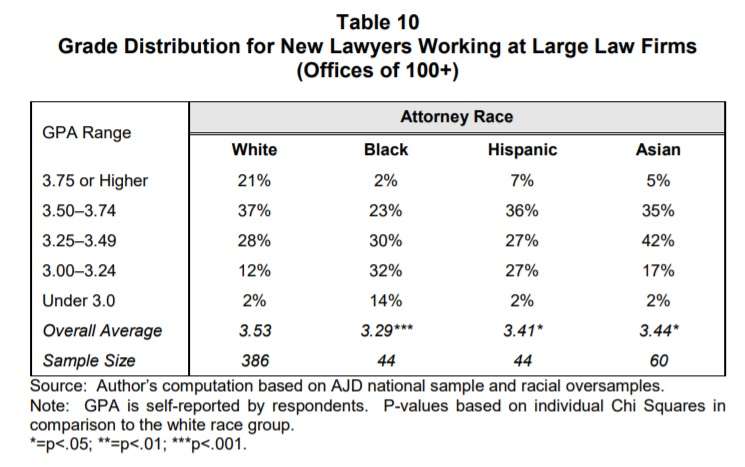