Can Americans Still Take a Joke? Comedians Say 'No.'

Filmmaker Ted Balaker on the 'outrage mob' and fighting back against the PC zealots. 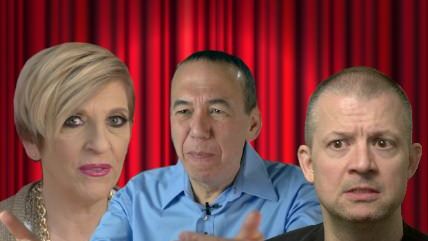 "We've all seen it a million times: a comedian tells a joke, someone else gets offended, someone else blogs about it, and then 'boom!,' outrage spreads across the land," says filmmaker Ted Balaker who is currently finishing up his latest documentary, "Can We Take A Joke?." The film, which features comedians Gilbert Gottfried, Jim Norton, Lisa Lampanelli, Adam Carolla, Karith Foster, and Penn Jillette, examines the role of comedy in our culture of constant outrage.

"Comedians don't even have the freedom of conscience to just be neutral on something," Balaker told Reason TV's Nick Gillespie. "[They] have to affirm what the cool kids believe."

Balaker, a frequent Reason TV contributor, sat down with Gillespie at this year's FreedomFest 2015 to talk about the current state of comedy, how technology has fueled the outrage machine, and how comedians are fighting back against PC zealots.

Amanda Winkler was a producer at Reason TV.