Enhanced unemployment benefits may have helped many Americans weather the pandemic, but they've also attracted the interest of some modern-day Willie Suttons. 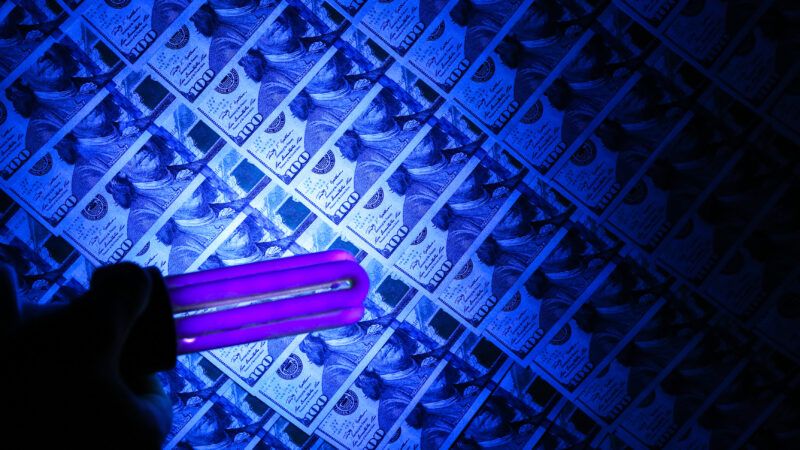 The COVID-19 pandemic and subsequent lockdowns caused a spike in unemployment across America. Now the government's response seems to have triggered an explosion of unemployment insurance fraud.

At least $63 billion—an amount larger than the current annual budgets of 42 states—of the boosted unemployment payments distributed as part of the federal government's pandemic response has been distributed improperly, according to an estimate from the Department of Labor Office of the Inspector General. The office attributes a "significant portion" of those improper payments to fraud, and preliminary audits indicate that the actual amount of improper payments may be higher.

Since the passage of the Coronavirus Aid, Recovery, and Economic Security (CARES) Act in March of last year, the federal government has provided an estimated $630 billion in unemployment insurance payments, with the federal cash layered atop existing state-level benefits for workers who lost their jobs. The CARES Act initially provided $600 per week in boosted payments, and the most recent COVID-19 aid bill, passed in December, allows for $300 weekly, to be phased out starting March 14. President Joe Biden has proposed extending $400 weekly unemployment bonuses until the end of August.

Those enhanced benefits may have helped many Americans weather the pandemic, but they've also attracted the interest of some modern-day Willie Suttons. The inspector general reports "a forty-fold increase" in the number of fraud-related matters, which have "exploded" since the CARES Act passed.

State-level unemployment insurance programs are reporting a similar avalanche of fraud. In Ohio, some 77,000 unemployment claims were flagged as fraudulent in just the first two weeks of February, according to the Dayton Daily News. State officials told the paper that as many as half of the 1.4 million claims filed since the start of the pandemic could eventually be revealed as fraudulent. Even Mike DeWine, who is gainfully employed as the state's governor, has learned that someone filed a fraudulent claim in his name.

The same thing happened earlier this month to Kansas Gov. Laura Kelly, whose state was so inundated with fraudulent unemployment claims that it temporarily shut down its claims-processing system last month. The consequence, of course, was that people who really were unemployed had to wait longer for their benefits. Rampant fraud isn't just ripping off taxpayers; it's harming people who actually need the safety net.

States do a poor job of preventing unemployment fraud even when there isn't an economic crisis. They have little incentive to do better, because the federal government covers administrative costs for their system even when it isn't kicking in boosted benefit payments. Combined with the obligation to provide benefits first and verify eligibility later, the whole system is biased against accountability. Improper unemployment payments—not all of which are attributable to fraud—have been over 10 percent in 14 of the past 17 years, according to the inspector general's report.

That won't be fixed in the next few weeks. That means lawmakers in Washington must weigh the costs of inevitable fraud when deciding whether to extend those federal bonus unemployment payments for a few more months—particularly now that unemployment is falling and the worst of the pandemic is seemingly behind us.

Unlike a lot of other elements included in Biden's proposed COVID-19 aid bill, payments to people who can't work because of the pandemic (or due to the government's response to it) is a defensible proposal. But even defensible proposals have costs to consider. Extending the federally boosted unemployment payments through August will cost taxpayers an estimated $246 billion—and that likely means that another $24 billion, or more, will be lost to fraud.