From Magic Mushroom to Forbidden Fungus (and Back)

Half a century ago, Congress declared that there is no legitimate use for psilocybin. State and local governments are finally challenging that judgment.

Jacob Sullum | From the March 2021 issue

In 1968, just 11 years after the international banker and amateur mycologist R. Gordon Wasson introduced Americans to "magic mushrooms" in a landmark Life magazine story, the federal government banned them. That was how long it took for this object of anthropological fascination, source of visions, and tool of self-discovery to become an intolerable threat to the nation's youth.

Two years later, when Congress passed the Controlled Substances Act of 1970, it listed psilocybin and psilocin, the psychoactive components of the "divine" fungi that Wasson ate, under Schedule I, a category supposedly reserved for exceptionally dangerous drugs with no accepted medical use. Half a century would pass before any jurisdiction in the United States reconsidered that classification.

When Oregon voters approved Measure 109, a.k.a. the Psilocybin Services Act, by a 12-point margin in November, they repudiated decades of anti-drug propaganda that depicted psychedelics as a ticket to the mental hospital. To the contrary, the initiative said, "studies conducted by nationally and internationally recognized medical institutions indicate that psilocybin has shown efficacy, tolerability, and safety in the treatment of a variety of mental health conditions, including but not limited to addiction, depression, anxiety disorders, and end-of-life psychological distress."

The Food and Drug Administration (FDA) in 2018 recognized psilocybin as a "breakthrough therapy" for "treatment-resistant depression." That designation, which meant "preliminary clinical evidence indicates that the drug may demonstrate substantial improvement over existing therapies," signaled the agency's intent to "expedite" development and review of psilocybin, suggesting it might eventually be approved as a prescription medicine.

Oregonians are not waiting. Measure 109 gives the Oregon Health Authority (OHA) two years to write rules for licensing and regulating "psilocybin service centers" where adults 21 or older can legally take the drug under the supervision of a "facilitator" after completing a "preparation session." And in an important departure from the FDA's approach, which charges doctors with guarding the doors of perception, the initiative says the OHA "may not require a client to be diagnosed with or have" any particular medical or psychiatric condition to participate in the program. 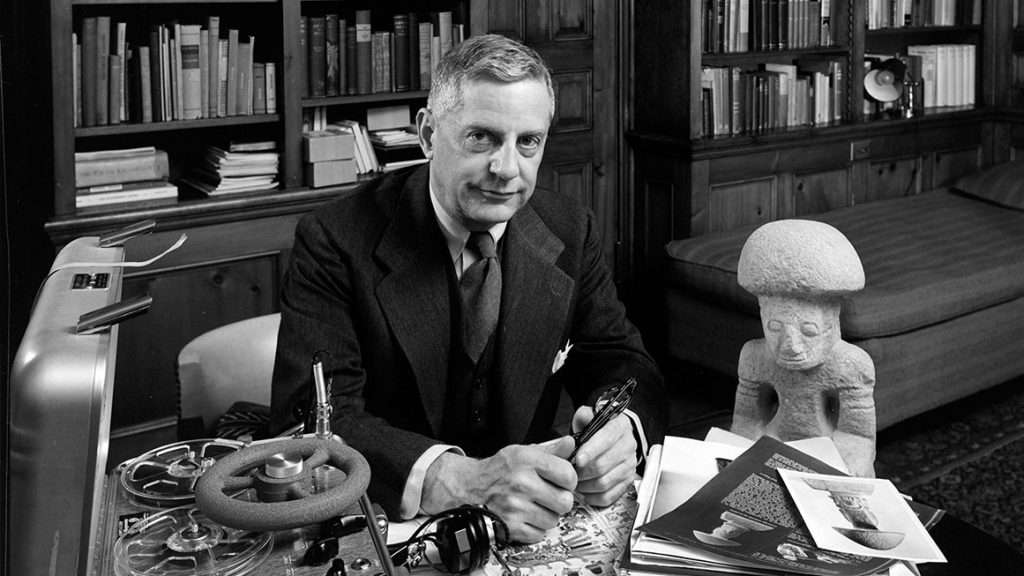 Wasson likewise had no prescription when he tripped on psilocybin, although his wife, Valentina, who accompanied him on his international hunts for mind-altering mushrooms, was a pediatrician. When those journeys took them to Mexico, their "facilitator" was Maria Sabina, a Mazatec curandera (folk healer) who let them in on a secret they could have discovered back home in New York, where several species of psilocybin mushrooms grow, although that would have required potentially dangerous experimentation.

"On the night of June 29–30, 1955," Wasson's 1957 account in Life began, "in a Mexican Indian village so remote from the world that most of the people still speak no Spanish, my friend Allan Richardson and I shared with a family of Indian friends a celebration of 'holy communion' where 'divine' mushrooms were first adored and then consumed." Those mushrooms, he explained, "were of a species with hallucinogenic powers; that is, they cause the eater to see visions."

By turns respectful and condescending, Wasson bragged that "Richardson and I were the first white men in recorded history to eat the divine mushrooms, which for centuries have been a secret of certain Indian peoples living far from the great world in southern Mexico." Gloating a bit more, he added that "no anthropologists had ever described the scene that we witnessed."

The two men were blown away by the mushrooms' "astonishing effects" and "emerged from the experience awestruck." Wasson, who said he ultimately participated in nine mushroom ceremonies, described vividly colored, "always harmonious" visions featuring "art motifs," "resplendent palaces all laid over with semiprecious stones," "a mythological beast drawing a regal chariot," camel caravans, and aerial views of mountains and rivers.

"It was as though the walls of our house had dissolved, and my spirit had flown forth," Wasson wrote. "It seemed as though I was viewing a world of which I was not a part and with which I could not hope to establish contact. There I was, poised in space, a disembodied eye, invisible, incorporeal, seeing but not seen….I felt that I was now seeing plain, whereas ordinary vision gives us an imperfect view; I was seeing the archetypes, the Platonic ideas, that underlie the imperfect images of everyday life."

Wasson wondered if the mushrooms could be the key to the Eleusinian Mysteries of ancient Greece or the explanation for the flying witches of European folklore. He pondered such questions while continuing to see strange and wonderful things. "The effect of the mushrooms is to bring about a fission of the spirit, a split in the person, a kind of schizophrenia, with the rational side continuing to reason and to observe the sensations that the other side is enjoying," he reported. "The mind is attached as by an elastic cord to the vagrant senses."

Some people will recoil in horror from that description, wondering why anyone in his right mind would put himself through such an ordeal. Others will think, "That sounds pretty fucking cool. Where can I get some of those mushrooms?" The latter sort of people, disproportionately young and curious, tend to congregate on college campuses, which proved to be a problem as far as the legal status of psilocybin was concerned.

By the early 1960s, university administrators were beginning to freak out about psilocybin. In December 1962, Harvard College Dean John Monro warned students away from "mind-distorting drugs," saying there was "unanimity among our doctors that these drugs are dangerous." Worrying that a "determined and convinced promotion of these drugs seems to be taking hold at the universities," he blamed Aldous Huxley—who published his mescaline memoir, The Doors of Perception, the year before Wasson's Mexican adventure—and likeminded enthusiasts. Monro and other Harvard officials cautioned that psychedelics posed "a serious hazard to the mental health and stability even of apparently normal people." The New York Times noted that "the most prominent among the drugs referred to is psilocybin."

Psychologists Timothy Leary and Richard Alpert, who were running a psilocybin research project at Harvard, rebutted such "rumor and hysteria" in a letter to The Harvard Crimson. They emphasized the importance of "set and setting"—including expectations, emotions, social context, and the physical environment—in shaping the psychedelic experience. They noted the rarity of serious negative reactions even in "psychiatric situations where set and setting were purposely psychotogenetic," as researchers tested the hypothesis that drugs like LSD and psilocybin trigger psychotic symptoms. The two psychologists highlighted the profoundly positive experiences commonly reported even by "persons who were not in formal therapy but, for the most part, experimental subjects."

Leary and Alpert also posed some provocative questions. "Who controls your cortex?" they asked. "Who decides on the range and limits of your awareness? If you want to research your own nervous system, expand your consciousness, who is to decide that you can't and why?"

Five months later, Alpert was out of a job, fired for violating university rules by giving psilocybin to an undergraduate. Leary, who would soon become notorious as a psychedelic guru, got the boot around the same time, ostensibly for skipping classes he was supposed to teach.

Three years after that, official alarm about psychedelics prompted a "stern letter" from FDA Commissioner James Goddard to "more than 2,000 colleges and universities," demanding "concerted action" against "consciousness-expanding" chemicals, the Times reported. Without an aggressive crackdown, Goddard warned, "an untold number of our students may suffer permanent mental or physical injury." As Leary observed, "psychedelic drugs cause panic and temporary insanity in people who have not taken them."

Evidently unsatisfied by the response to Goddard's admonition, Congress soon gave a definitive answer to the question posed by Leary and Alpert. Who controls your cortex? The government does. 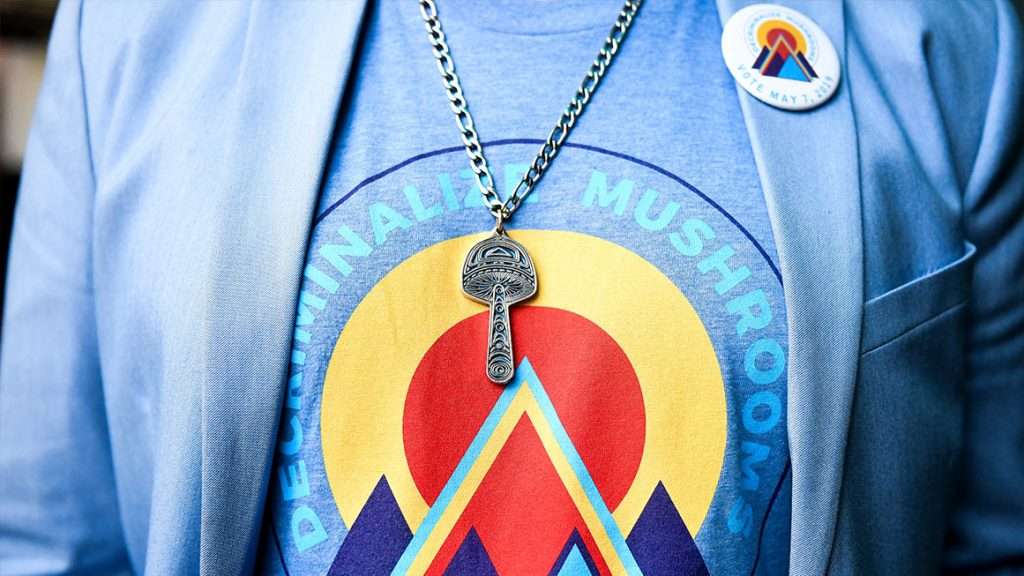 Mushroom Eaters Are Not Criminals

The Oregonians who approved the Psilocybin Services Act last fall are not alone in challenging that premise. In 2019, Denver voters approved a groundbreaking initiative that made adult possession of psilocybin the city's lowest law enforcement priority and prohibited the use of public money to pursue such cases. The following year, the city councils of Ann Arbor, Michigan; Oakland, California; and Santa Cruz, California, enacted similar measures. And on the same day that Oregon's initiative passed, voters in Washington, D.C., overwhelmingly approved quasi-decriminalization of "entheogenic plants and fungi," including psilocybin mushrooms, peyote, iboga root, and plants that contain dimethyltryptamine.

The D.C. initiative, which urges police and prosecutors to leave consumers of those substances alone, does not include a ban on spending money to bust them. But in some respects it goes further than the other local measures, since it covers a wider range of psychedelics and applies to noncommercial production and distribution as well as possession.

In other parts of the United States, the legal consequences of being caught with psilocybin mushrooms can be severe. In Texas, where I live, possessing less than a gram of the wrong fungus is punishable by up to two years in jail; one to four grams can get you up to 20 years.

Eliminating criminal penalties for psychedelic users, so that arresting them is no longer a legal option, would be preferable to deprioritizing those cases. And if the idea that psychedelic use should not be treated as a crime catches on, perhaps Americans eventually will recognize that merely aiding and abetting that noncrime does not justify locking people in cages either.

That breakthrough is finally happening with marijuana, although it took decades. While states began to decriminalize marijuana use in the 1970s, licensed pot shops did not start serving recreational consumers until 2014. Unlike the epiphanies that Wasson achieved with a little help from his fungus friends, reclaiming control of our cortexes is apt to be a long and gradual process.