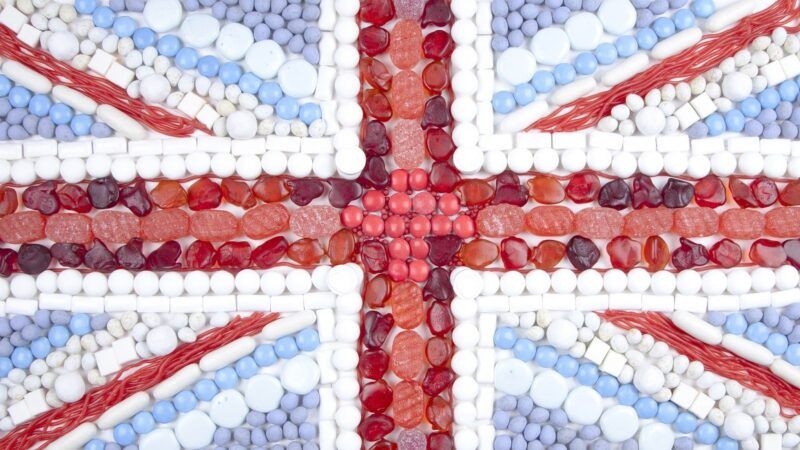 The United Kingdom has been attacking its citizens' food choices for years and now the government is using the coronavirus pandemic as an excuse for a new crackdown.

On Monday, the U.K.'s Department of Health and Social Care announced a pack of new regulations that will be implemented in April 2022 to restrict junk food promotions.

In 2018, London implemented a ban of junk food advertising that was written so broadly that it forbid promotion of all sorts of normal foods (like butter, olive oil, and canned fruit) not because those items were unhealthy but because they had sugar, salt, or fat levels beyond government-approved thresholds.

The U.K. now plans a nationwide ban on television advertisements for what it calls "junk food" before 9 p.m. And that's not the only new regulation. Also on the list:

"We know families want to be presented with healthier choices," said Public Health Minister Jo Churchill. "This is why we are restricting promotions and introducing a range of measures to make sure the healthy choice is the easy choice." They're going to make it the "easy choice" by deliberately bringing about economic harm to any competing choices!

The government claims that the British people have an obesity problem—more than 63 percent of adults and a third of elementary school children are overweight. Because the United Kingdom has socialized medicine through the National Health Service (NHS), this means the healthcare costs associated with obesity, which are estimated to be 6 billion pounds annually ($8 billion), are everybody's problem.

The U.K. government can't seem to acknowledge or accept the idea that people are voluntarily and willingly making bad choices. This Nanny State mentality means that the government must lay the blame on those who sell or advertise unhealthy food.

"Promotions often appear to help shoppers save money," the agency explained in its press release. "However, data shows that these deals actually increase purchases of promoted products by almost 20%. They encourage people to buy more than they need or intended to buy in the first place."

But people always need food. If you buy more food than you "need or intended to buy in the first place" you can usually save it for the future. That is what sales, promotions, and other low-pricing deals accomplish. They allow people to stock up and store food. That's particularly important when governments everywhere are trying to discourage people from gathering in public places due to the pandemic.

Speaking of COVID-19, even though the U.K.'s food nannyism has been building for years, British officials can't help but try to use the coronavirus as a justification for their actions: "The COVID-19 pandemic has brought to the fore the impact that obesity can have on people's health and health outcomes."

Christopher Snowdon, a regular critic of the United Kingdom's regulatory overreach, an obesity data skeptic, and the head of lifestyle economics at the U.K.-based Institute of Economic Affairs, blasted the British government's condescending new rules on his blog:

All these years I've been buying a pack of four bars of soap and a pack of four tins of baked beans because it worked out cheaper on a per-unit basis than buying one. But now I understand that I would have spent less if I'd have just bought one or two. Admittedly, I'd have had to go shopping more often, but that's a small price to pay for saving money. Thank you, the government, for putting me straight.

Snowdon notes that a ban on buy-one-get-one-free promotions could cost the average family more than 600 pounds (more than $800) a year by the government's own estimate. That means that British officials are trying to deliberately force up the cost of unhealthy foods because they think this will force people to choose healthier alternatives.

But that's just not what happens. Instead, shoppers will turn to black markets. Driving up the price of sodas in Philadelphia with a special tax, for example, did not affect how much soda that people drank. Lots of people there just avoided the taxes by buying their soda elsewhere.

What will U.K. health authorities do when their latest tactics fail to make people eat better? A cynic might assume they're already planning out even more new rules that are doomed to fail.