Plus: House votes on $2,000 stimulus checks, another win for Brooklyn churches challenging lockdown orders, and more... 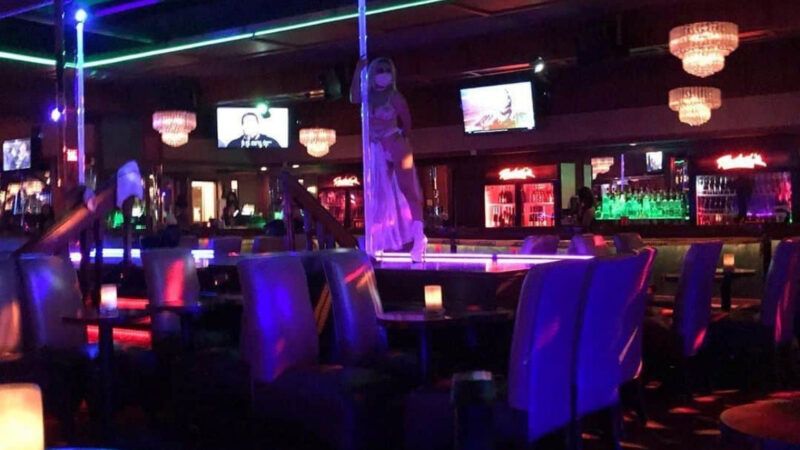 Rachel's Gentlemen's Club—a strip club in Orange County, Florida—bans female patrons unless they're accompanied by men. It's something of a common practice at U.S. strip clubs. But is it illegal? A recent lawsuit argues yes.

The suit was brought by Brittney Smith and Anita Yanes. The two women tried to visit Rachel's Orlando in 2018 and were denied entry because they didn't have any men with them.

"The pivotal issue is whether local laws prohibiting discrimination supersede state laws that don't," notes the Orlando Sentinel editorial board.

The paper is pushing the case as a boon for LGBTQ rights, though neither woman bringing the lawsuit identifies as gay, bi, or trans. "Even though Smith and Yanes aren't LGBTQ, citing the county's ordinance essentially puts that local law on trial," it says. "Not just in Orange County, but in about 50 other municipalities with ordinances that provide more LGBTQ protections than the state sees fit."

But Rachel's wasn't denying Smith and Yanes entry because of the women's sexual orientation but because of their sex. Rachel's policy might be bad business, discriminatory against women, or based on outdated and heteronormative thinking. But how can it be discriminating against gay people by applying its policy evenly to heterosexual and homosexual women?

A Florida judge initially dismissed the lawsuit, but an appeals court overturned the ruling on a technicality.

"Orange County was not a defendant," and "state law requires counties to be brought in as parties when ordinances are challenged," the Sentinel explains. "Because of that, the [state] Supreme Court declined to hear the case last week. Orange County has been added as a defendant, and the case is moving forward."

House votes to bump up COVID-19 relief checks. A proposal to raise individual stimulus payments to $2,000 passed the U.S. House of Representatives on Monday. It now heads to the Senate, where it's expected to have a harder time gaining approval.

The U.S. House votes to increase pandemic relief payments to $2,000 for individuals from $600 after President Trump demanded the change in a surprise turnabout last week.
Vote on H.R. 9051 is 275-134

The House also voted yesterday to override President Donald Trump's veto of a defense spending bill. The issue now heads to the Senate, as well—where it could run into a snag from Sen. Bernie Sanders (I–Vt.). "Sanders will filibuster an override of President Donald Trump's defense bill veto unless the Senate holds a vote on providing $2,000 direct payments to Americans," Politico reports.

• Some doctors are reporting psychosis in patients who have recovered from COVID-19.

• How the FDA killed bucatini pasta.

• Reason's Ron Bailey explains the new, more transmissible COVID-19 variant circulating in the U.K. that could "ramp up the deleterious consequences of the pandemic dramatically."