The decision says the government failed to present any evidence of virus transmission in restaurants that follow COVID-19 precautions. 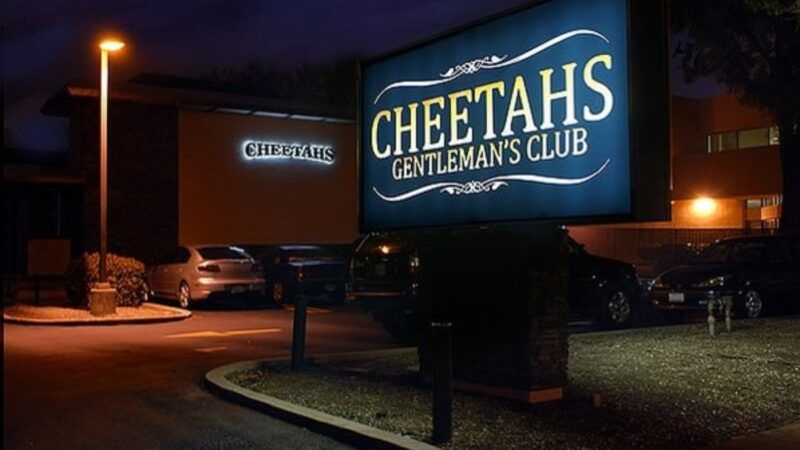 A California judge this week blocked enforcement of state and local orders prohibiting dining in San Diego County restaurants, finding no evidence that such bans help curtail the COVID-19 epidemic. "Given every opportunity," San Diego County Superior Court Judge Joel Wohlfeil said, the county and the state have "provided the Court with no evidence that San Diego County businesses with restaurant service, such as Plaintiffs' establishments, who've implemented protocols as directed by the County, present any risk—much less a greater risk than before Governor Newsom issued his December 3, 2020 Regional Stay at Home Order."

The case involves two strip clubs with restaurant service, Cheetahs Gentlemen's Club and Pacers Showgirls International, which initially challenged local cease-and-desist orders. Gov. Gavin Newsom subsequently issued an order that imposes many restrictions, including a ban on both indoor and outdoor restaurant dining, on regions where the available ICU capacity has fallen below 15 percent. That order currently applies to all of Southern California, including San Diego County, and Wohlfeil included Newsom in his preliminary injunction.

Wohlfeil noted that the plaintiffs had implemented various COVID-19 precautions, including physical distancing, masks for employees, and sanitization. They are following "all provisions of the State of California Industry Guidance for restaurants, wineries and bars." Dancers perform in roped-off areas at least 15 feet from tables, and patrons are not allowed to approach them. No COVID-19 outbreaks have been traced to either business.

"The County possesses contact tracing data and has the power to produce such evidence to refute Plaintiffs' assertions that Plaintiffs providing live adult entertainment and San Diego County businesses with restaurant service, such as Plaintiffs' establishments, subject to protocols, do not present any risk," Wohlfeil noted. Yet the county failed to produce any such evidence, leading Wohlfeil to conclude that the strip clubs "have done nothing to contribute to the spread of COVID."

More generally, Wohlfeil said, the government had not presented any evidence implicating restaurants in the local spread of COVID-19. To the contrary, he noted, San Diego County Public Health Officer Wilma Wooten, who sent the cease-and-desist letters to the strip clubs, last month was saying that "penalizing sectors like restaurants and gyms for the case increase is wrong." She also worried that the "closure of indoor restaurants during wintertime will move people into homes and encourage high risk gatherings."

State and local officials now say restricting restaurants to delivery and takeout (not really a viable option for the plaintiffs in this case) is justified in light of the continuing increase in COVID-19 cases and deaths. But as Wohlfeil noted, that argument hinges on the assumption that restaurants are a significant source of virus transmission even when they follow public health precautions, which the government has failed to demonstrate.

Last week a Los Angeles County judge ruled that a local ban on outdoor dining was "not grounded in science, evidence, or logic." Around the same time, California Health and Human Services Secretary Mark Ghaly admitted that the same thing is true of Newsom's ban on outdoor dining. Ghaly said that policy is "not a comment on the relative safety of outdoor dining" but is instead aimed at discouraging Californians from leaving home.

Wohlfeil's injunction applies to indoor and outdoor dining, and it covers Newsom's order as well as the county's restrictions. The San Diego Union-Tribune yesterday editorialized that his decision "must be quickly overturned." The paper said "a precedent that authorities must have specific proof that indoor businesses are risky before they face restrictions invites chaos—and at the worst possible time."

The Union-Tribune expressed sympathy for the view that bans on outdoor dining are not scientifically justified. "A credible case can be made that outdoor dining with adequate social distancing is generally safe, even now with virus deaths at record levels," it said. "Research in many nations shows relatively little outdoors transmission."

But the same cannot be said of indoor dining, the paper argued: "There is vast agreement among public health authorities that spending time indoors in a room with strangers—whether at a grocery store, a gym, a strip club or a restaurant—is a surefire way to spread the virus. Spending time at a restaurant drinking indoors is an invitation to disaster."

Other things being equal, it is certainly true that indoor settings are more dangerous than outdoor settings. At the same time, it clearly is not true that visiting "a grocery store, a gym, a strip club or a restaurant" is "a surefire way to spread the virus." Local and state governments across the country, including California's until recently, have allowed these businesses to continue operating, subject to occupancy restrictions and other safeguards. Grocery stores and other retailers throughout California are still allowed to operate as long as they follow state guidelines. If those precautions do not reduce the risk of virus transmission to a tolerable level, what is the point of requiring them?

If virus transmission in these settings is inevitable, as the Union-Tribune insists, the government should be able to cite at least a few COVID-19 infections that occurred there. But in this case, Wohlfeil said, the county and the state offered no evidence beyond general concerns about upward trends in COVID-19 infections and deaths.

Is "specific proof that indoor businesses are risky" really too much to ask for when the government plans to wipe out people's livelihoods in the name of fighting COVID-19? Given all the arbitrary, illogical, and scientifically dubious restrictions politicians have dreamed up, as exemplified by California's ban on outdoor dining and New York's onerous restrictions on houses of worship, such questions are long overdue.