In a Complex World, Politicians Have a Simple Demand: More Power

Circumstances change and the world may grow more complicated, but authoritarians never vary from their demand for more power over our lives. 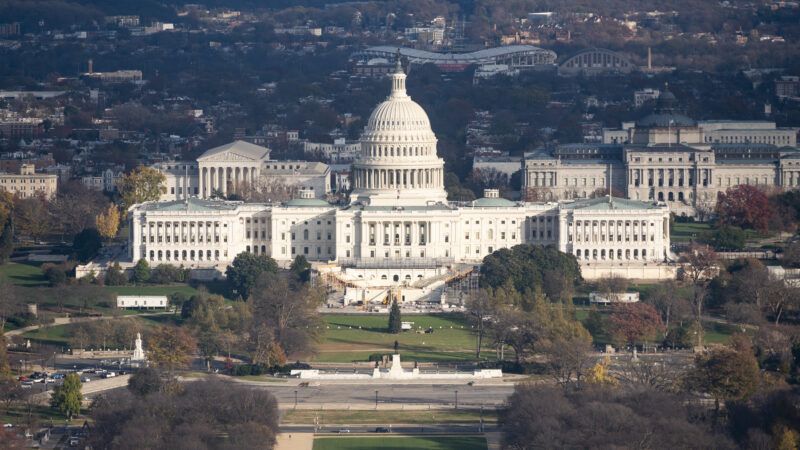 Fans of a large and intrusive state are fond of arguing that leaving people alone is fine for simple, primitive societies, but that the growing complexity of the modern world requires a strong hand and centralized control. It's a convenient position for authoritarians to take, since it leaves them eternally amassing power unless the rest of us give up on roads and electricity and crawl back into caves to preserve our stone-age liberty. It's also completely backwards. Authoritarianism is actually easier to implement (though no more palatable) in settings where rulers can closely monitor their subjects; larger, complicated societies require decentralized power.

It's a point to remember in a pandemic year that has handed government officials new excuses to expand their authority.

"As economic and social relations become increasingly interdependent, it becomes ever more obvious that no rights are truly 'individual' and that one person's exercise of rights invariably affects others and society generally," Vermeule wrote. "Applying unchanging principles to new circumstances, the law allows increasing scope for regulation that shapes, constrains, and if necessary overrides individual rights in order to promote the common good."

Vermeule didn't stop there. He suggested that the rationale behind the Euclid decision should apply universally—in particular, to civil liberties.

"Personal rights and liberties are themselves subject to ordination to the common good as well," he insisted. "Our free speech law is in roughly the same obsolete, libertarian condition as the obsolete 19th-century vision of property rights to which Sutherland adverted in Euclid; it must be updated in light of changing circumstances."

The Institute for Justice's Anthony Sanders ably rebuts Vermeule by pointing out that opening the door to zoning damaged cities by allowing centralized one-size-fits-all rules to displace decisions based on individual rights, local conditions, and disparate preferences. "It is precisely because of the complexity of land use that the cookie-cutter approach of Euclidean zoning does not work," he notes.

"The same is true of other areas of society, including the 'civil liberties' that Vermeule calls to be Euclid-ized," Sanders continues. "Human communication is pretty complicated, with its own emergent norms, trajectories, rules, and feedback loops. Subjecting it to further regulation risks doing to the marketplace of ideas what zoning has done to our cities."

This point that Sanders makes isn't new, but it's worth repeating since authoritarians willfully ignore the failures of central planning. In the context of economics, Friedrich A. Hayek famously pointed out that all people have constantly evolving knowledge peculiar to their conditions that can't possibly be shared with central planners in any timely way. "We need decentralization because only thus can we insure that the knowledge of the particular circumstances of time and place will be promptly used."

"In a system in which the knowledge of the relevant facts is dispersed among many people, prices can act to coordinate the separate actions of different people," Hayek added.

But even as Adrian Vermeule waves away the failures of economic authoritarianism so he can justify restricting civil liberties, government officials go straight to the well of ignorance with centralized planning for resources needed to battle the pandemic.

In April, as COVID-19 spread across the country, President Trump attacked companies that produced and distributed medical supplies in response to demand rather than political whims. "Today's order is another step in our ongoing fight to prevent hoarding, price gouging, and profiteering by preventing the harmful export of critically needed [personal protective equipment]," Trump huffed as he invoked the Defense Production Act to subject the market to central control.

The president's ultimately victorious political foe, Democrat Joe Biden, thinks that didn't go far enough. He wants to double down on centralized control of the pandemic response. "Trump should immediately task a Supply Commander to take command of the national supply chain for essential equipment, medications, and protective gear," his campaign insisted before the election. "We can no longer leave this to the private sector."

Now anticipating his own term in office, President-elect Biden plans to turn that demand into policy.

It's not just medical supplies, either. Senators Ed Markey (D-Mass.) and Richard Blumenthal (D-Conn.) propose a top-down mask-wearing requirement on a continent-spanning country of diverse circumstances, preferences and values.

"This bill gives states the resources to encourage mask wearing in public and outdoors, to provide masks to those who need them, and to enforce mask mandates to protect public health," says Blumenthal.

Never mind local knowledge and decentralized decision-making for people as different as the residents of densely packed New York City and those of wide-open rural Montana. The centralizers think they know best for all.

What would the likes of Trump, Biden, Markey, and Blumenthal decide was best for us if they were allowed power that "shapes, constrains, and if necessary overrides individual rights" across the range of human conduct as Adrian Vermeule advocates? We don't have to look far for a hint.

"I wasn't thinking of the Bill of Rights when we did this," New Jersey Gov. Phil Murphy sniffed in defense of his pandemic lockdown order back in the spring.

Of course, he wasn't—to the centralizers, such constraints are inconvenient and obsolete. Circumstances change and the world may grow more complicated, but authoritarians never vary from their demand for more power over our lives.