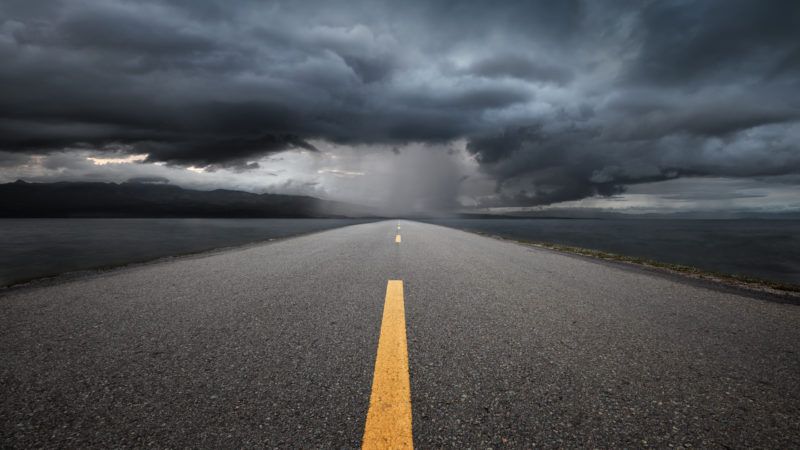 All indications suggest that infrastructure will be a major priority for both the White House and Congress next year. Whether anything will get passed is another question.

Both President-elect Joe Biden and House Speaker Nancy Pelosi (D–Calif.) have thrown their support behind big new spending initiatives, and some Senate Republicans have said that infrastructure could be one area ripe for bipartisan policymaking. And next September 2021 the federal government's major surface transportation programs—covering everything from passenger rail to roads—will expire, providing an opportunity for a major overhaul of transportation spending.

"It would seem to be something that we can work together on in a productive way," Sen. John Barrasso (R–Wy.) told The Wall Street Journal, though he threw cold water on the Democrats' most profligate spending plans.

Barrasso, who chairs the Senate's Environmental and Public Works Committee, proposed a $287 billion surface transportation bill, with most of that money going toward roads and bridges.

That's much less than what Democrats are looking to spend.

Earlier this year, the Democrat-controlled House passed a $1.5 trillion infrastructure package, of which $500 billion was dedicated to surface transportation spending. Funding that would require a doubling of the federal gas tax. Meanwhile, Biden has proposed $2 trillion in new spending for infrastructure upgrades and climate change mitigation.

If the goal is to improve the quality of the nation's roads and bridges, these grand sums miss the mark, says Baruch Feigenbaum, transportation policy director at the Reason Foundation (which publishes this website) and the co-author of a new report on the condition of highways in each state.

"How you spend the money and the organization of the [Department of Transportation] and your policy priorities are much more important than the amount of funding that you have," says Feigenbaum.

Feigenbaum credits North Carolina for maintaining a leanly staffed department of transportation and for not letting politics prioritize its projects.

New Jersey, be contrast, comes in dead last in the Reason report's ranking of state highway systems. Despite having one of the highest gas taxes in the county and spending the most per mile on its roads, the Garden State still has some of the worst pavement conditions for both rural and urban roads. Feigenbaum blames a badly managed, overly politicized transportation department that does a poor job of planning for future highway needs and prioritizing current spending.

Feigenbaum says the federal government could address some of these issues by withholding some transportation dollars from states that do a bad job of maintaining their road networks, and rewarding states that manage to keep their roads in good repair.

But that would be politically fraught, since it would penalize a lot of states. And the coming configuration of power—a Democrat-controlled White House and a Republican-controlled Senate—makes any major shake-up of infrastructure policy and spending levels less likely.

A five-year reauthorization of a surface transportation bill is more probable, says Feigenbaum. And there is a chance that Congress will just pass another short-term reauthorization of current programs, as it did earlier this year.