"Keeping kids out of the classroom will make recovering from the pandemic harder in the long term." 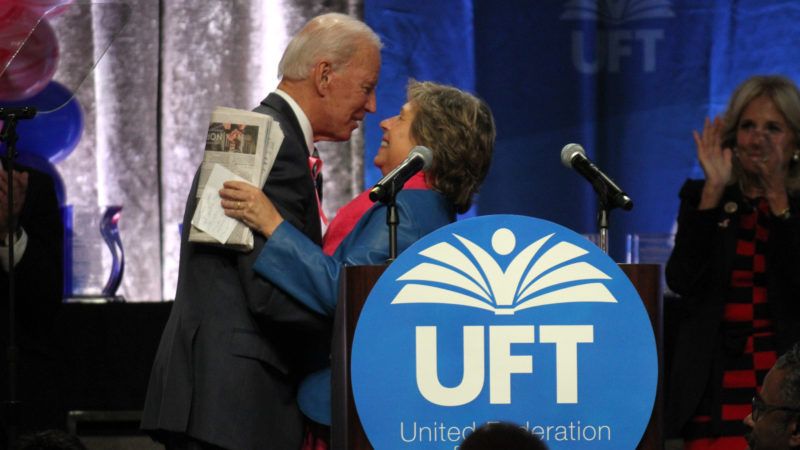 Throughout the fall, New York City repeatedly delayed reopening its schools for most students, despite an emerging scientific consensus that classrooms were not significant areas of spread for COVID-19. Now Mayor Bill de Blasio has ordered a full shutdown of schools due to rising coronavirus numbers; the city has reached the 3 percent test-positivity rate, the predetermined (and largely arbitrary) threshold for keeping kids at home.

Many parents are rightly infuriated, and even some district officials think the call might have been premature. New York bars and restaurants are operating under new restrictions, but they are still open for business, even though these establishments are believed to be far less safe than schools. Public school children and working-class families appear to be planners' last priority.

This approach runs completely counter to the science. K-12 schools have not caused significant outbreaks. The risks to children are negligible, and there's scant evidence that kids are infecting a large number of their teachers. Meanwhile, the adverse consequences for children who don't attend classes in-person can be quite serious. Remote learning has been a stunning failure for younger kids, and the economically disadvantaged are falling further and further behind. Policy makers could be dooming a generation of at-risk students to years of suboptimal social and professional outcomes—and it's all for nothing, since pandemic mitigation doesn't actually require this course of action.

"Keeping kids out of the classroom will make recovering from the pandemic harder in the long term, while not keeping us any safer in the near term," writes Nina Schwalbe, a professor at Columbia University's Mailman School of Public Health, in The Atlantic. "Even with case numbers climbing in New York City, we know that schools are not driving the pandemic. However, one thing is clear with COVID-19: Our kids are paying the highest price."

Like virtually all other aspects of the government's approach to the pandemic, school closures have become a political football. President Trump and Education Secretary Betsy DeVos favor keeping schools open, which has prompted many anti-Trump partisans to dutifully take the opposite stance. But a growing number of journalists on both the left and the right think this is a terrible mistake. "Some things are true even though President Trump says them," notes The New York Times' Nicholas Kristof. "Trump has been demanding for months that schools reopen, and on that he seems to have been largely right."

"I don't get why NYC feels bound to stick by a 3 percent positivity rule for closing schools when we know more about the virus now, including relatively low rates of transmission in schools," tweets Nate Silver of FiveThirtyEight. "If I were a parent I'd be furious."

There is one pivotal reason that public schools have stayed shut, or quickly closed again, even as many private schools resume in-person classes: teachers unions. The unions have fought tooth and nail, ostensibly on behalf of their members, to keep schools closed. The unions maintain that distance learning is the only safe option for teachers—and some believe that this will remain the case for at least another year. Teachers unions are influential members of the Democratic Party's coalition, and so many officials in blue cities feel they have little choice but to heed their demands.

President-elect Joe Biden is thus likely to be more hesitant about school reopenings than President Trump. Indeed, some education experts believe Biden is inclined to nominate either Randi Weingarten or Lily Eskelsen Garcia to be the next secretary of education. Weingarten is the current boss of the American Federation of Teachers, and Garcia is the former head of the National Education Association. Biden has enjoyed strong support from both unions, and his wife, Jill Biden, is a member of the latter.

The decision to reopen schools is primarily made at the local level, so there's only so much that any education secretary could do either way. But virtually no single person has worked harder to prevent kids from returning to their classrooms than Weingarten. Elevating her to the nation's top education job would send a clear message about the new administration's priorities.